Dedicated to School No. 2 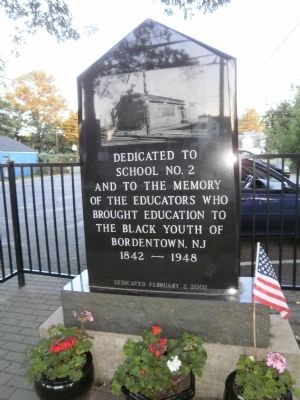 Dedicated to School No. 2 and to the memory of the educators who brought education to the black youth of Bordentown, NJ

Topics. This historical marker is listed in these topic lists: African Americans • Education. A significant historical date for this entry is February 2, 1852. 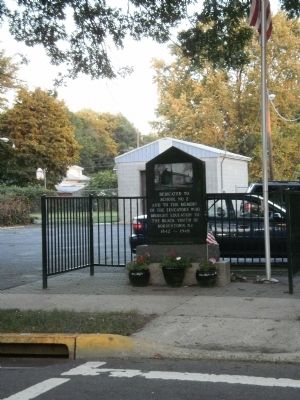 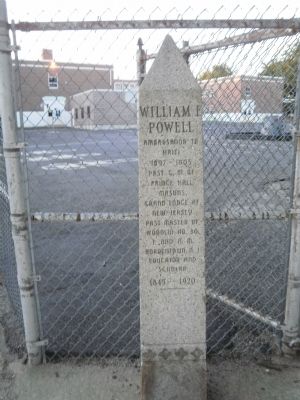 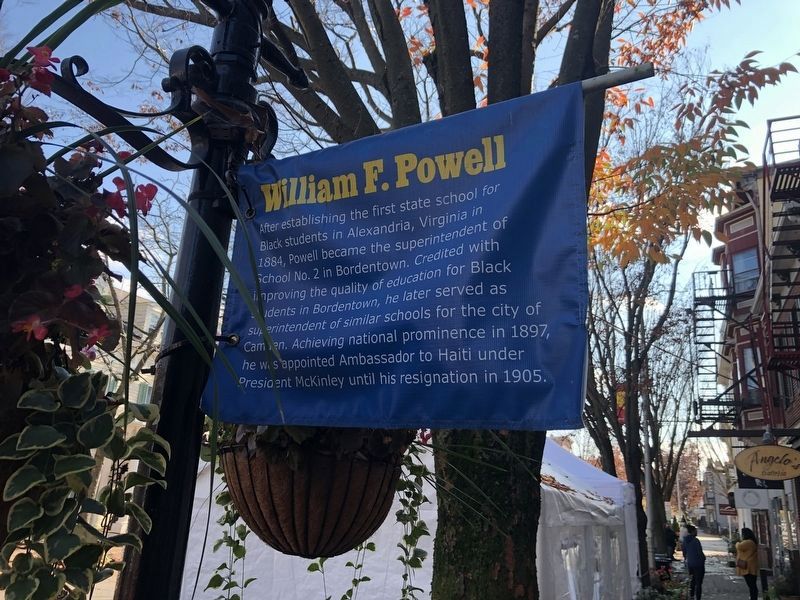 Photographed By Devry Becker Jones, November 14, 2020
4. William F. Powell banner on display in Bordentown
After establishing the first state school for Black students in Alexandria, Virginia in 1884, Powell became the superintendent of School No. 2 in Bordentown. Credited with improving the quality of education for Black students in Bordentown, he later served as superintendent of similar schools for the city of Camden. Achieving national prominence in 1897, he was appointed Ambassador to Haiti under President McKinley until his resignation in 1905.
Credits. This page was last revised on November 17, 2020. It was originally submitted on July 26, 2010, by Deb Hartshorn of Burlington County, New Jersey. This page has been viewed 626 times since then and 19 times this year. Photos:   1, 2, 3. submitted on July 27, 2010, by Deb Hartshorn of Burlington County, New Jersey.   4. submitted on November 16, 2020, by Devry Becker Jones of Washington, District of Columbia. • Bill Pfingsten was the editor who published this page.
Share this page.