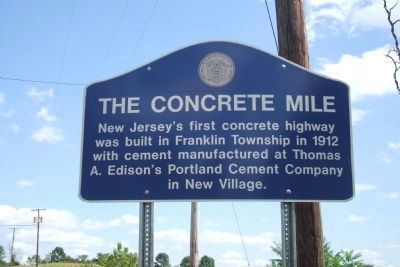 Topics. This historical marker is listed in this topic list: Roads & Vehicles. A significant historical year for this entry is 1912.

Location. 40° 42.638′ N, 75° 5.987′ W. Marker is in Franklin Townsip, New Jersey, in Warren County. Marker is on Washington Avenue (New Jersey Route 57 at milepost 3), on the right when traveling east. This marker is located near the township line, in Franklin Township, Warren County, near Greenwich Township. Touch for map. Marker is in this post office area: Stewartsville NJ 08886, United States of America. Touch for directions. 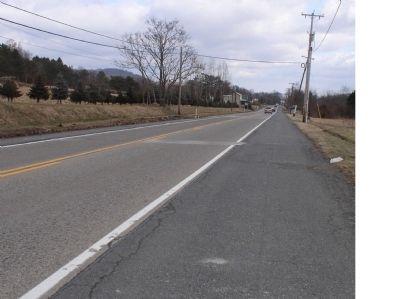 Regarding The Concrete Mile. Edison's original concrete road was replaced years ago. At that time, 3 blocks from the original road were placed in the new road. However, as of 2010, those blocks are gone. 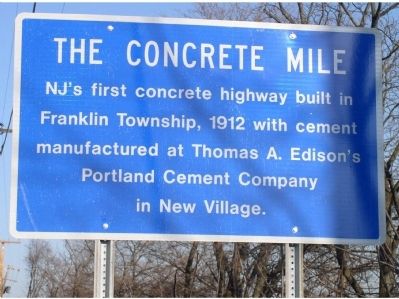 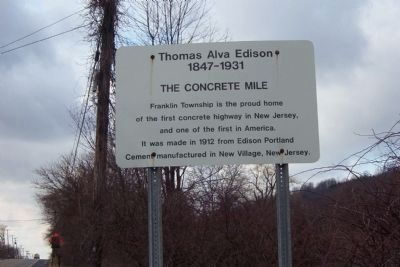