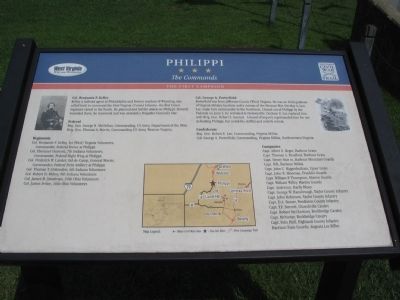 Col. Benjamin F. Kelley
Kelley, a railroad agent in Philadelphia and former resident of Wheeling, was called back to command the First Virginia (Union) Infantry - the first Union regiment raised in the South. He planned and led the attack on Philippi. Severely wounded there, he recovered and was awarded a Brigadier General's Star.

Col. George A. Porterfield
Porterfield was from Jefferson County (West) Virginia. He was an 1844 graduate of 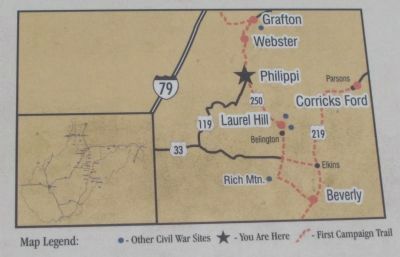 By Craig Swain, July 24, 2010
2. Area Civil War Sites
Virginia Military Institute and a veteran of the Mexican War. On May 4, Gen. Lee made him commander of the Northwest. Chased out of Philippi by the Federals on June 3, he retreated to Huttonsville. On June 8, Lee replaced him with Brig. Gen. Robert S. Garnett. A board of inquiry reprimanded him for not defending Philippi, but noted his skillful and orderly retreat. 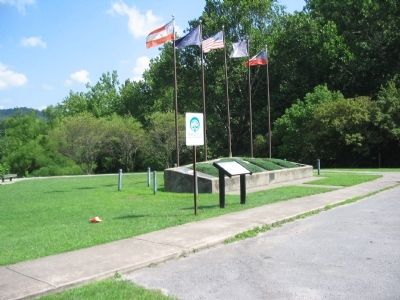 By Craig Swain, July 24, 2010
3. Philippi Marker and Flagpoles
marker is listed in this topic list: War, US Civil. In addition, it is included in the Battlefield Trails - Civil War, and the West Virginia Civil War Trails series lists.

Related markers. Click here for a list of markers that are related to this marker. The Philippi Races by markers. 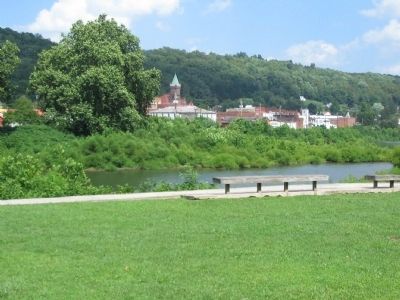