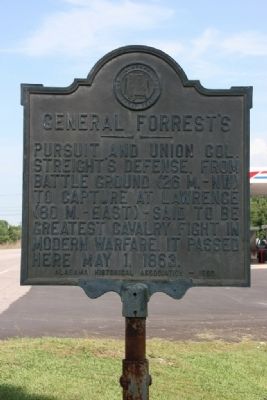 Photographed By Tim Carr, July 31, 2010
1. General Forrest’s Marker
Inscription.
General Forrest’s. . Pursuit and Union Col. Streight’s defense, from Battle Ground (26 M. - NW) to capture at Lawrence (80 M. - East) - said to be greatest cavalry fight in modern warfare. It passed here May 1, 1863. . This historical marker was erected in 1950 by Alabama Historical Association. It is in Hanceville in Cullman County Alabama

Topics. This historical marker is listed in this topic list: War, US Civil. A significant historical month for this entry is May 1888.

Other nearby markers. At least 8 other markers are within 7 miles of this marker, measured as the crow flies. History of a Name (approx. 2.4 miles away); Bent But Not Broken (approx. 5.4 miles away); The Little School House 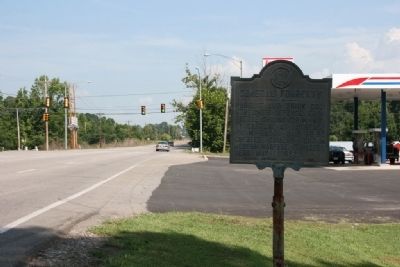 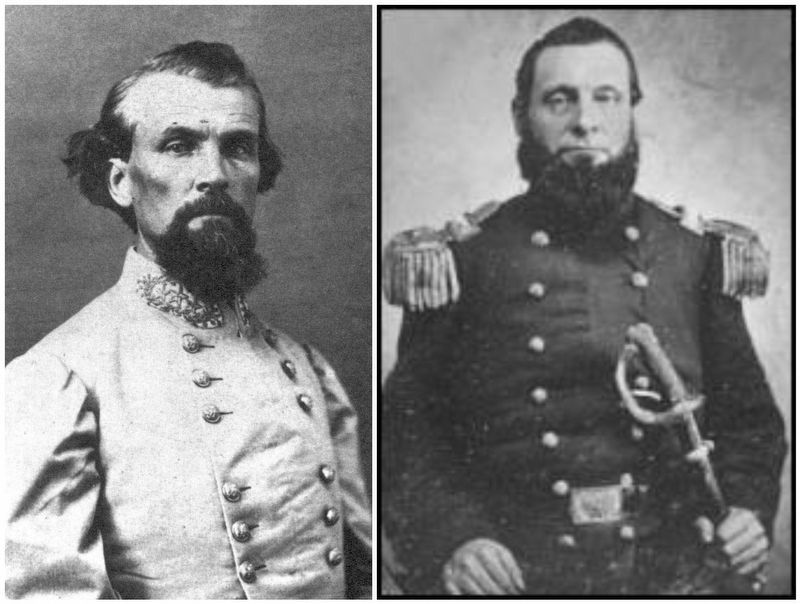