Topics. This historical marker is listed in this topic list: War, US Civil. A significant historical date for this entry is April 30, 1991.

Other nearby markers. At least 8 other markers are within 7 miles of this marker, measured as the crow flies. The "Katy-Did" Crash (approx. 1½ miles away); Cedar Plains Christian Church (approx. 4.2 miles away); McKendree Cemetery and the Massey Community / Charles Christopher Sheats 1839-1904 (approx. 4.8 miles away); Battle of Day’s Gap 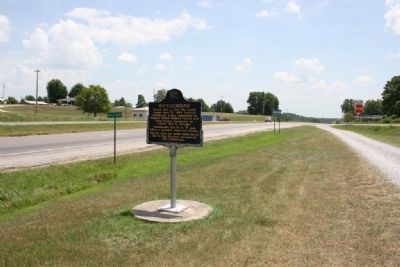