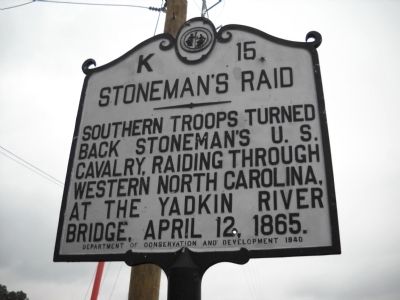 Photographed By Bill Coughlin, August 2, 2010
1. Stoneman’s Raid Marker
Inscription.
Stoneman’s Raid. . , Southern troops turned back Stoneman's U. S. Cavalry, raiding through western North Carolina, at the Yadkin River Bridge, April 12, 1865. . This historical marker was erected in 1940 by Department of Conservation and Development. It is in Linwood in Davidson County North Carolina

Erected 1940 by Department of Conservation and Development. (Marker Number K-15.)

Topics and series. This historical marker is listed in these topic lists: Bridges & Viaducts • War, US Civil. In addition, it is included in the North Carolina Division of Archives and History series list. A significant historical date for this entry is April 12, 1903.

Location. 35° 43.359′ N, 80° 23.418′ W. Marker is in Linwood, North Carolina, in Davidson County. Marker is at the intersection of U.S. 29 and Old Salisbury Road, on the right when traveling north on U.S. 29. Marker is located on the north side of the bridge over the Yadkin River. Touch for map. Marker is in this post office area: Linwood NC 27299, United States of America. Touch for directions. 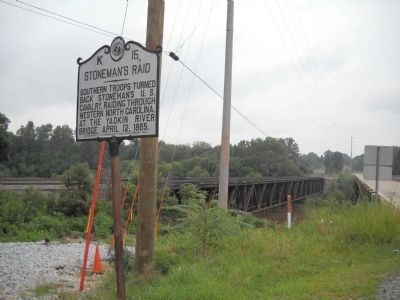 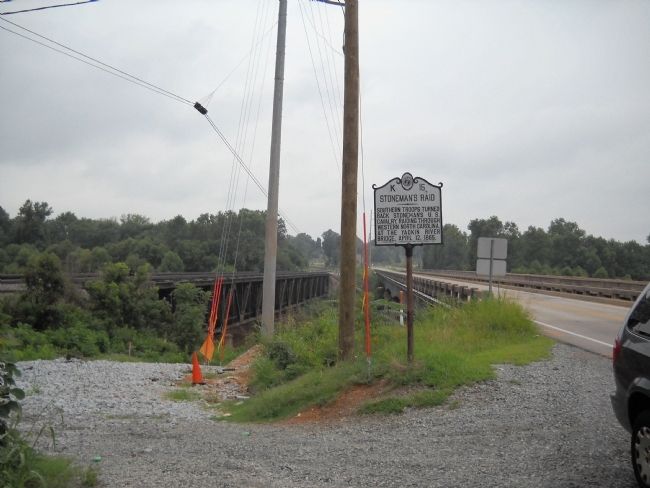