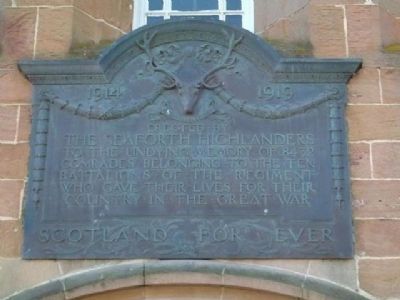 Erected by The Seaforth Highlanders.

Click or scan to see
this page online
other plaques in Wick, Tain, Dingwall, Stornoway, Elgin and Fort George. A Celtic Cross was also erected at Fampoux near Arras in France.