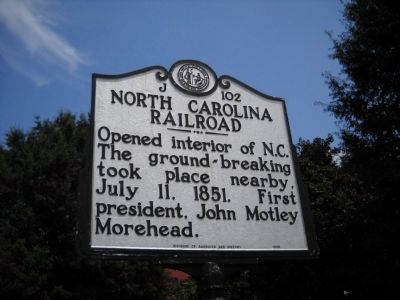 Topics and series. This historical marker is listed in this topic list: Railroads & Streetcars. In addition, it is included in the North Carolina Division of Archives and History series list. A significant historical date for this entry is July 11, 1881. 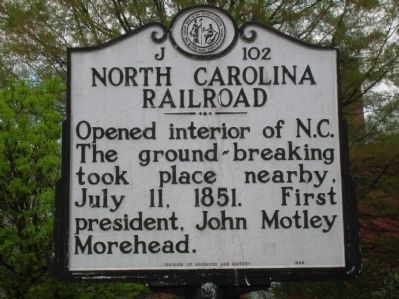 Click or scan to see
this page online
shouting distance of this marker); Dr. Martin Luther King, Jr. (about 300 feet away, measured in a direct line); General Nathanael Greene (about 400 feet away); Original Methodist Church / Former Methodist Cemetery (about 500 feet away). Touch for a list and map of all markers in Greensboro.

Also see . . .  Biographical Sketch of Calvin Graves (1804-1877). At the ground breaking, the first shovel of dirt was thrown by the Honorable Calvin Graves. (Submitted on August 31, 2010, by Caswell County Historical Association of Yanceyville, North Carolina.)

A big celebration, with a barbecue, at the ceremony of breaking ground on the North Carolina railroad, took place July 11, 1851. The first shovel of dirt was thrown by Honorable Calvin Graves, of Caswell county, whose vote as speaker of the House of Representatives, gave Greensboro this great railroad. The dirt was taken from the middle of South Elm street, about in front of the present fire depot building. The barbecue was in a pine 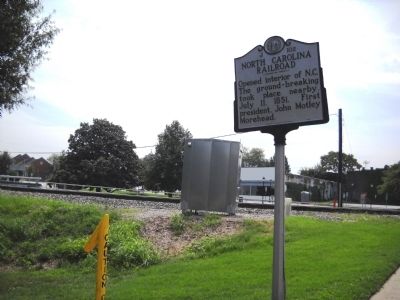 Photographed By Bill Coughlin, August 6, 2010
3. Greensboro Marker
grove where the depot now stands and embraced all the ground between the railroad tract and Buchanan street. Thousands of people were present. 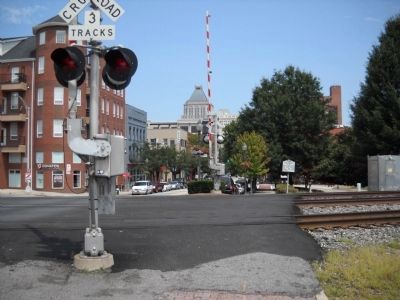 Photographed By Bill Coughlin, August 6, 2010
4. Marker on S Elm Street
Marker can be seen on the other side of the North Carolina Railroad tracks. 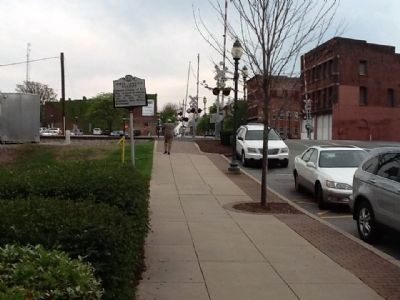 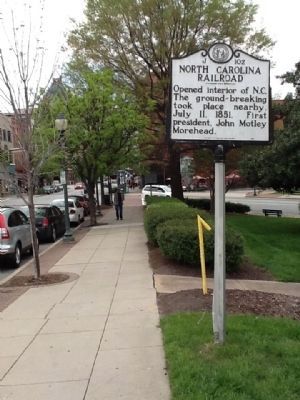