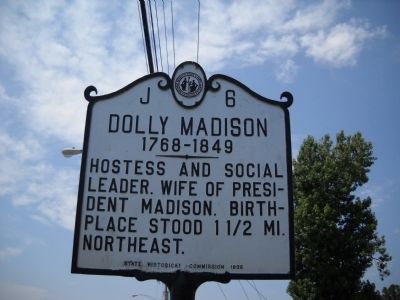 Topics and series. This historical marker is listed in this topic list: Women. In addition, it is included in the Former U.S. Presidents: #04 James Madison, and the North Carolina Division of Archives and History series lists.

Location. 36° 4.595′ N, 79° 53.751′ W. Marker is in Greensboro, North Carolina, in Guilford County. Marker is on W Market Street, on the right when traveling west. Marker is located between Dolly Madison Road and College Road. Touch for map. Marker is in this post office area: Greensboro NC 27410, United States of America. Touch for directions. 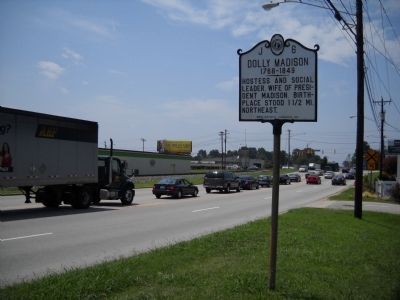 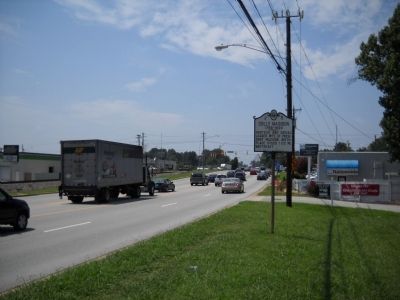 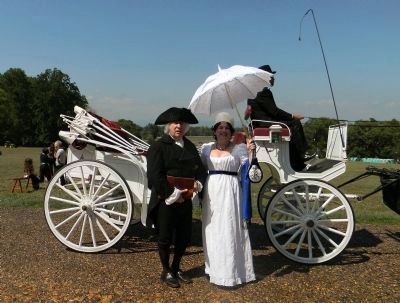 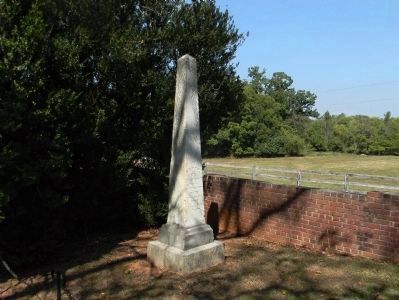 Photographed By PaulwC3, September 20, 2014
5. Grave of Dolley Madison (1768-1849)
Located in the Madison Family Cemetery, at Montpelier in Orange County, Virginia. 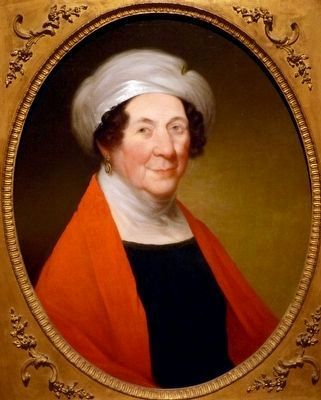 “Dolley Madison served as White House hostess during the administrations of the widowed Thomas Jefferson and her own husband, James Madison. Her effervescence doubtless accounted, in part at least, for the popularity of Madison's presidency in its last several years. After the end of Madison's term in 1817, Dolley helped her husband put his papers in order, selling a portion of them to Congress after his death.