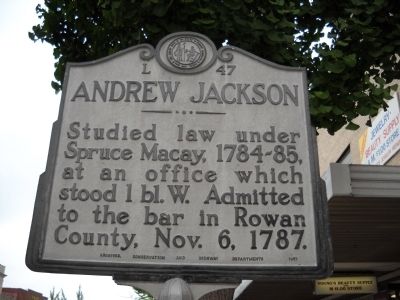 Photographed By Bill Coughlin, August 2, 2010
1. Andrew Jackson Marker
Inscription.
Andrew Jackson. . Studied law under Spruce Macay, 1784 – 85, at an office which stood 1 bl. W. Admitted to the bar in Rowan County, Nov. 6, 1787. . This historical marker was erected in 1951 by Archives, Conservation and Highway Departments. It is in Salisbury in Rowan County North Carolina

Topics and series. This historical marker is listed in these topic lists: Education • Government & Politics. In addition, it is included in the Former U.S. Presidents: #07 Andrew Jackson, and the North Carolina Division of Archives and History series lists. A significant historical date for this entry is October 6, 1923. 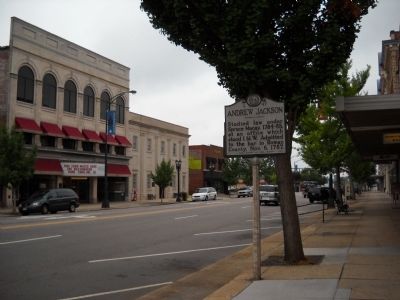 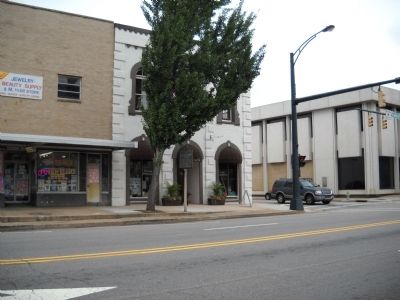