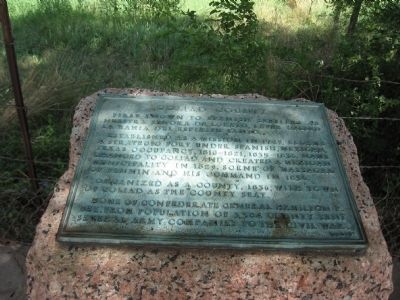 By Steve Gustafson, June 13, 2010
1. Goliad County Marker
Inscription.
Goliad County. . First known to Spanish settlers as Nuestra Senora de Loreto, later called La Bahia del Espritu Santo. . . Established as a mission in 1749. Became a strategic fort under Spanish, Mexican, Texas occupancy, 1810-1821, 1835-1836. Name changed to Goliad and created a Mexican municipality in 1829. Scene of massacre of Fannin and his command in 1836. . . Organized as a county, 1836, with town of Goliad as the county seat. . . Home of Confederate General Hamilton P. Bee. From population of 3,384 county seat sent several army companies to the Civil War. . This historical marker was erected in 1936 by State of Texas. It is Near Goliad in Goliad County Texas

Organized as a county, 1836, with town of Goliad as the county seat.

Topics and series. This historical marker is listed in these topic lists: War, Texas Independence • War, US Civil. In addition, it is included in the Texas 1936 Centennial Markers and Monuments series list. 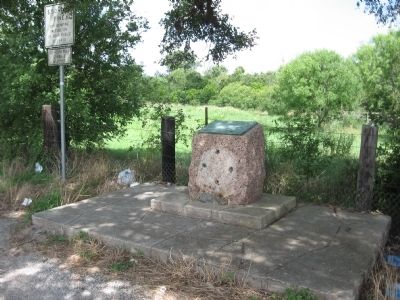