William L. "Mudwall" Jackson and the main body of the 19th Virginia Cavalry were in camp near Mill Point on November 3, 1863, when they received a message from Lt. George W. Siple, a Pocahontas County native in Capt. William L. McNeel's Company F, 19th Virginia, concerning a confrontation with Gen. William W. Averell near Green Bank.

Topics and series. This historical marker is listed in this topic list: War, US Civil. In addition, it is included in the West Virginia Civil War Trails series list. A significant historical date for this entry is November 3, 1863. 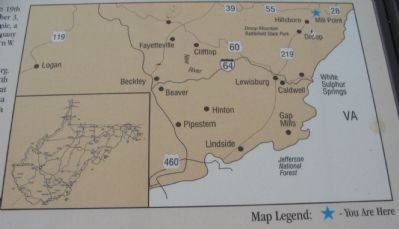 Click or scan to see
this page online
. Marker is at the intersection of U.S. 219 and Steven Hole Run Road (County Route 219/8), on the right when traveling south on U.S. 219. Touch for map. Marker is in this post office area: Hillsboro WV 24946, United States of America. Touch for directions. 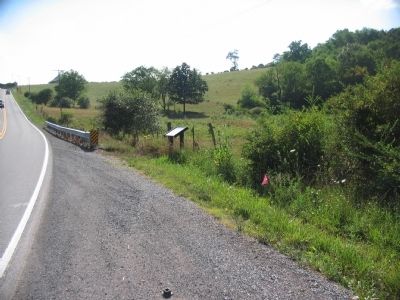