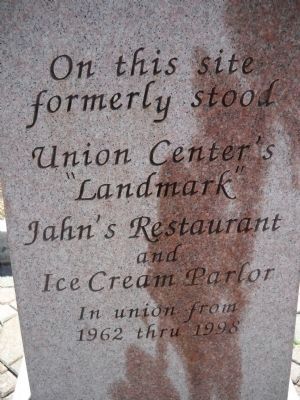 On this site formerly stood Union Center's "Landmark" Jahn's Restaurant and Ice Cream parlor. In Union from 1962 thru 1998.

Topics. This historical marker is listed in this topic list: Industry & Commerce. A significant historical year for this entry is 1962.

Location. 40° 41.724′ N, 74° 16.262′ W. Marker is in Union, New Jersey, in Union County. Marker is at the intersection of Stuyvesant Ave and Rosemont Ave North on Stuyvesant Ave. Located next to a parking lot around the corner from Union Township Hall. Touch for map. Marker is in this post office area: Union NJ 07083, United States of America. Touch for directions.

More about this marker. This historical marker almost begs for a new category of "least important" markers! 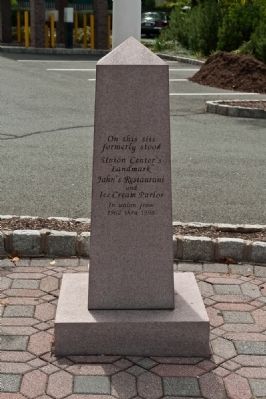 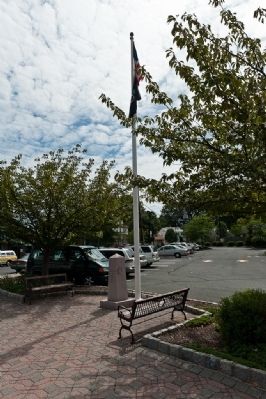