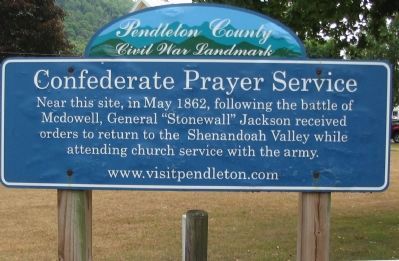 Near this site, in May 1862, following the battle of Mcdowell, General "Stonewall" Jackson received orders to return to the Shenandoah Valley while attending church service with the army.

Topics. This historical marker is listed in these topic lists: Churches & Religion • War, US Civil. A significant historical date for this entry is May 8, 1862.

Location. This marker has been replaced by another marker nearby. It was located near 38° 37.066′ N, 79° 20.762′ W. Marker was near Franklin, West Virginia, in Pendleton County. Marker was at the intersection of U.S. 220 and Macks Cabins Lane, on the right when traveling north on U.S. 220. Touch for map. Marker was in this post office area: Franklin WV 26807, United States of America. Touch for directions. 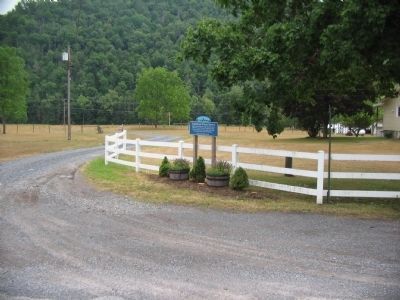