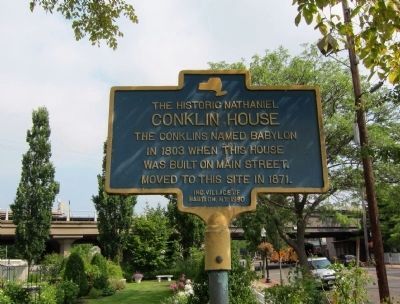 The historic Nathaniel
Conklin House
The Conklins named Babylon
in 1803 when this house
was built on Main Street.
Moved to this site in 1871.
Inc. Village of
Babylon, N.Y. 1990

Erected 1990 by Village of Babylon.

Topics. This historical marker is listed in this topic list: Notable Buildings. A significant historical year for this entry is 1803. 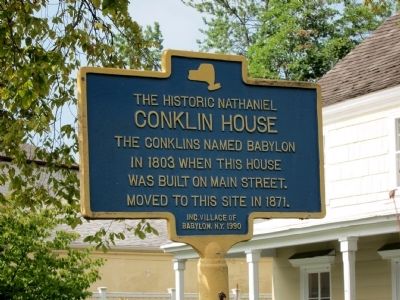 By Andrew Ruppenstein, August 5, 2010
2. Conklin House Marker -- north-facing side
The wording of the marker is identical on both sides.

Also see . . .
1. Babylon Town History. Town webpage:
The Town of Babylon's History webpage. On how Babylon was named:It was Nathaniel's mother who first termed her new home "BABYLON". Some say this was prompted by a reference to the quotation from the Psalms: "By the water of Babylon there sat we down; yea we wept, when we remembered Zion", for she was most unhappy when she compared this lonely place to the fine home in Dix Hills which they had left. There is a tradition in the Conklin family however, which assigns the naming of the town to another quality of that same biblical Babylon. They say that Mrs. Conklin, probably with the peace of the inland hills fixed in her mind, was not happy in a spot where her grandchildren would be brought up with a posting tavern as their neighbor, and compared their lonely lot to that of the Babylon captivity of the exiled Judeans. Mr. Conklin was not as troubled at the prospect here as was his mother. It is reported that he replied to her wailing comment: "Oh, no Mother! It will be a New Babylon" and 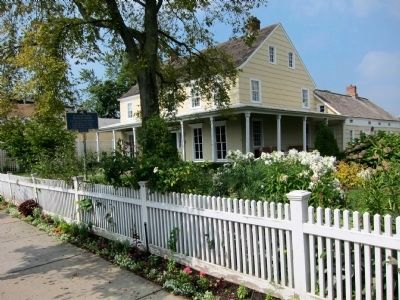 By Andrew Ruppenstein, August 5, 2010
3. Conklin House - wide view
The marker is visible here, mounted a pole in the front yard, with the Conklin House in the background.
gave evidence of his faith in his new home by placing a stone tablet in the chimney front of the house inscribed: NEW BABYLON THIS HOUSE BUILT BY NATE CONKLIN 1803 (Submitted on August 16, 2010.) 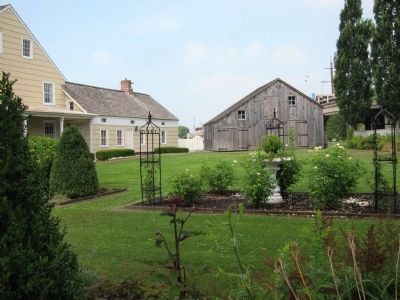 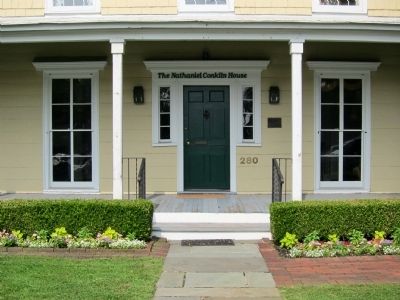 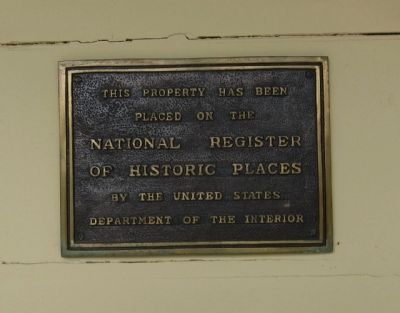 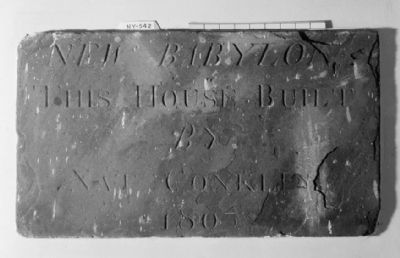 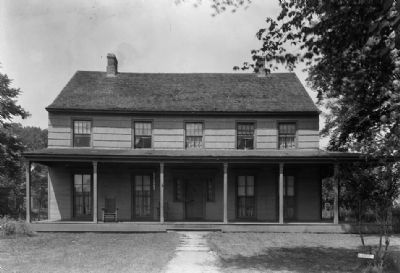 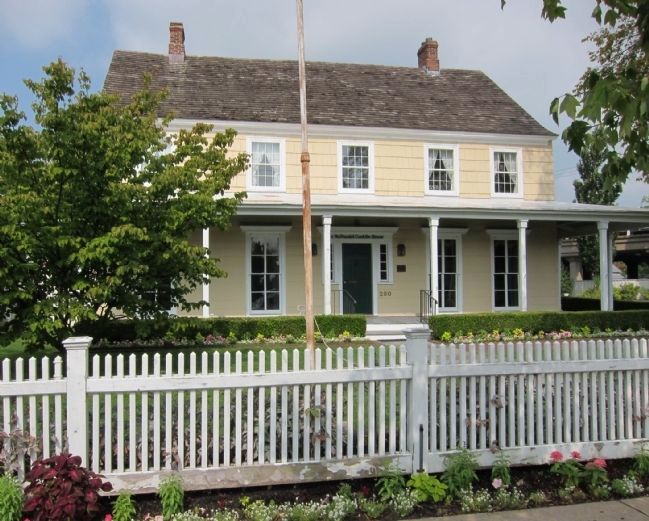