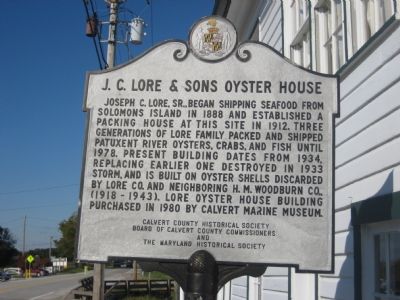 Joseph C. Lore, Sr., began shipping seafood from Solomons Island in 1888 and established a packing house at this site in 1912. Three generations of Lore family packed and shipped Patuxent River oysters, crabs and fish until 1978. Present building dates from 1934, replacing earlier one destroyed in 1933 storm, and is built on oyster shells discarded by Lore Co. and neighboring H.M. Woodburn Co. (1918-1943). Lore Oyster House building purchased in 1980 by Calvert Marine Museum.

Topics and series. This historical marker is listed in these topic lists: Animals • Industry & Commerce. In addition, it is included in the National Historic Landmarks series list. A significant historical year for this entry is 1888. 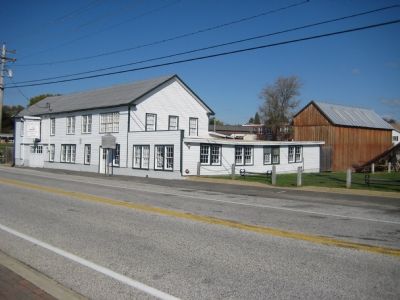