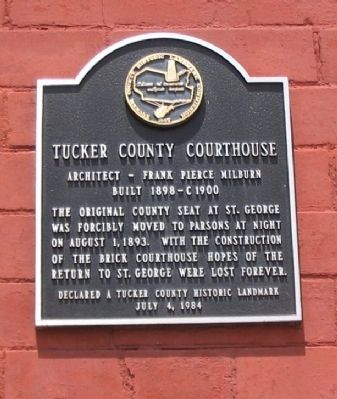 The original county seat at St. George was forcibly moved to Parsons at night on August 1, 1893. With the construction of the brick courthouse hopes of the return to St. George were lost forever.

Topics. This historical marker is listed in these topic lists: Architecture • Government & Politics. A significant historical date for this entry is July 4, 1754.

Location. 39° 5.812′ N, 79° 40.813′ W. Marker is in Parsons, West Virginia, in Tucker County. Marker is at the intersection of 1st Street (U.S. 219) and Walnut Street, on the right when traveling east on 1st Street. Located on the side of the Tucker County Courthouse. Touch for map. Marker is in this post office area: Parsons WV 26287, United States of America. Touch for directions. 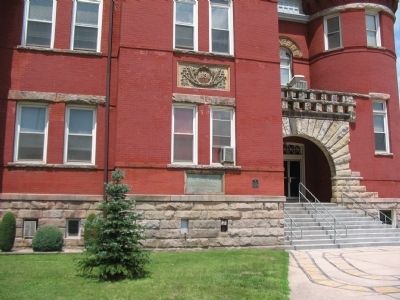 Photographed By Craig Swain, July 24, 2010
2. Side of Courthouse with Marker

Click or scan to see
this page online
(within shouting distance of this marker); Parsons / Corrick's Ford (within shouting distance of this marker); In Honor of All Women who Served in the Armed Forces to Preserve America's Freedom (about 300 feet away, measured in a direct line); In Memory of All Vietnam Veterans (about 300 feet away). Touch for a list and map of all markers in Parsons. 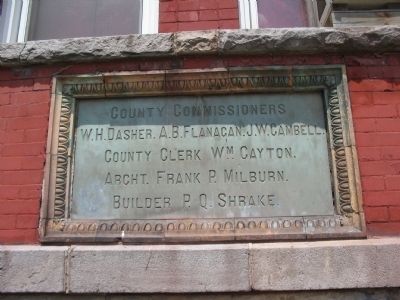 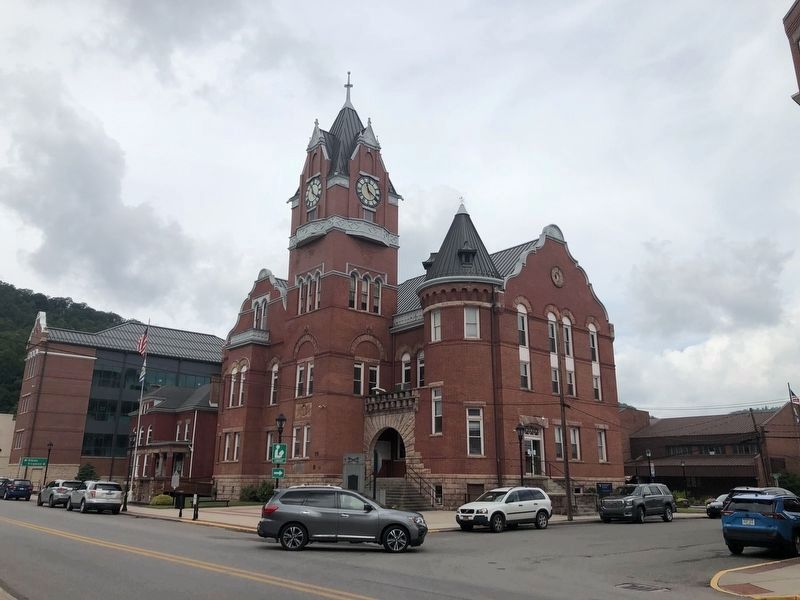 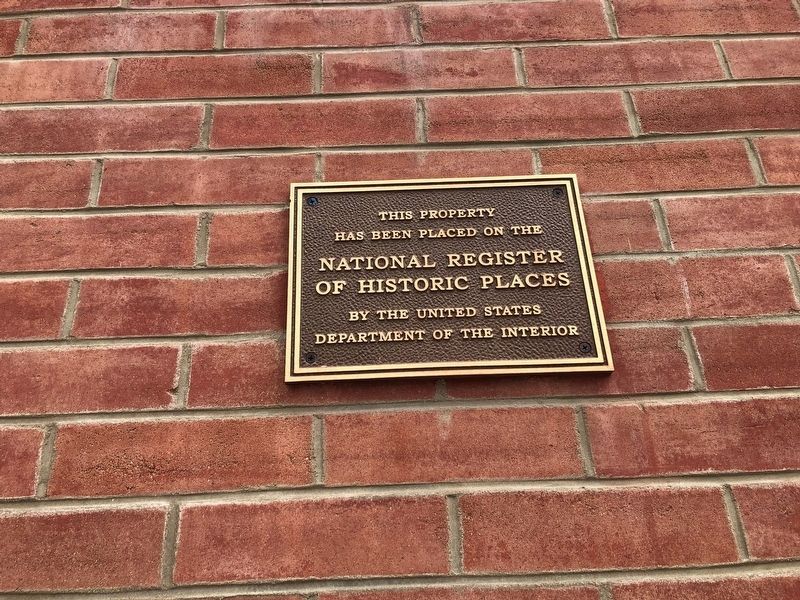