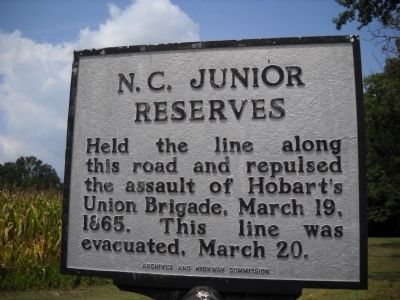 Photographed By Bill Coughlin, August 3, 2010
1. N. C. Junior Reserves Marker
Inscription.
N. C. Junior Reserves. . Held the line along this road and repulsed the assault of Hobart’s Union Brigade, March 19, 1865. This line was evacuated, March 20. . This historical marker was erected by Archives and Highway Commission. It is Near Four Oaks in Johnston County North Carolina

Held the line along this road and repulsed the assault of Hobart’s Union Brigade, March 19, 1865. This line was evacuated, March 20.

Topics and series. This historical marker is listed in this topic list: War, US Civil. In addition, it is included in the North Carolina Division of Archives and History series list. A significant historical date for this entry is March 19, 1796.

Location. 35° 19.024′ N, 78° 17.844′ W. Marker is near Four Oaks, North Carolina, in Johnston County. Marker is on Bass Road (Local Route 1194), on the right when traveling north. Marker is located on the Bentonville Battlefield. Touch for map. Marker is in this post office area: Four Oaks NC 27524, United States of America. Touch for directions. 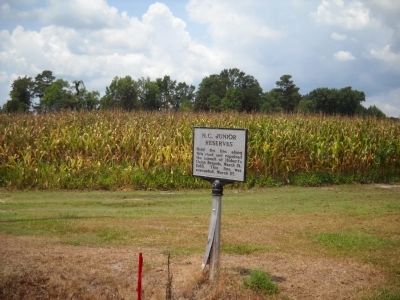 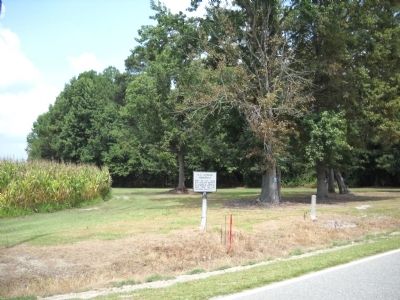