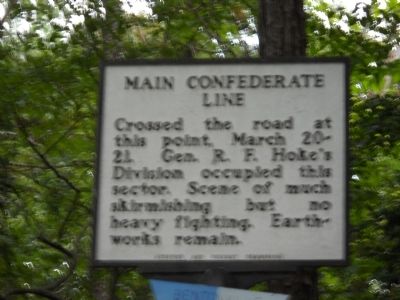 Crossed the road at this point, March 20-21. Gen. R. F. Hoke’s Division occupied this sector. Scene of much skirmishing but no heavy fighting. Earthworks remain.

Topics and series. This historical marker is listed in this topic list: War, US Civil. In addition, it is included in the North Carolina Division of Archives and History series list. A significant day of the year for for this entry is March 20.

Location. 35° 19.572′ N, 78° 17.121′ W. Marker is near Four Oaks, North Carolina, in Johnston County. Marker is on Devils Racetrack Road (Local Route 1009), on the right when traveling north. Marker is located on the Bentonville Battlefield. Touch for map. Marker is in this post office area: Four Oaks NC 27524, United States of America. Touch for directions. 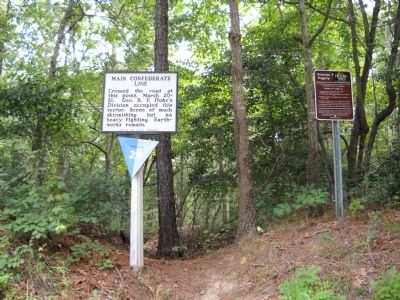 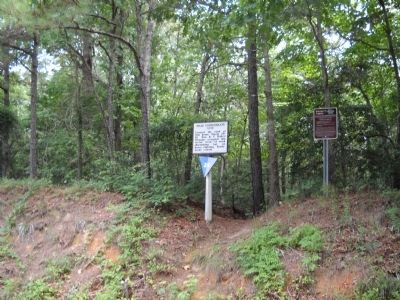 Editor’s want-list for this marker. A clearer closeup photo of the marker. • Can you help?
Share this page.