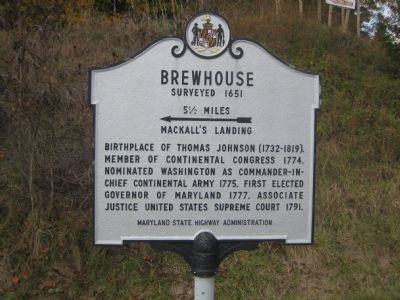 Topics. This historical marker is listed in these topic lists: Colonial Era • Government & Politics • Patriots & Patriotism • War, US Revolutionary. A significant historical year for this entry is 1774.

Location. 38° 26.996′ N, 76° 29.637′ W. Marker is in St. Leonard, Maryland, in Calvert County. Marker is at the intersection of Parran Road and Solomons Island Road (Maryland Route 2/4), on the right when traveling west on Parran Road. Touch for map. Marker is in this post office area: Saint Leonard MD 20685, United States of America. Touch for directions. 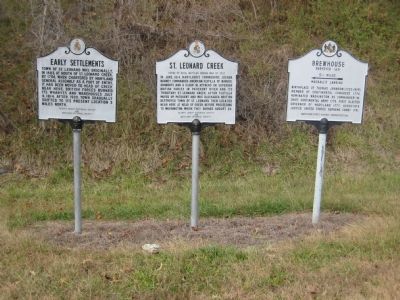 By F. Robby, November 7, 2007
2. Three Markers
The Brewhouse marker is one of three markers that stand next to each other at this intersection. 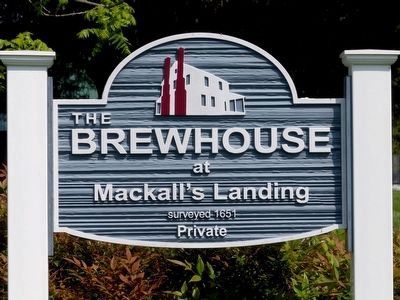 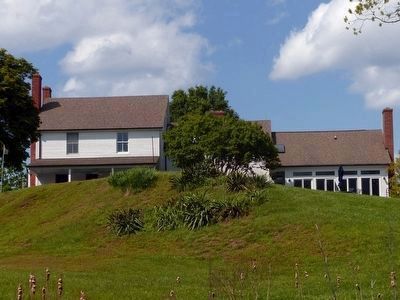 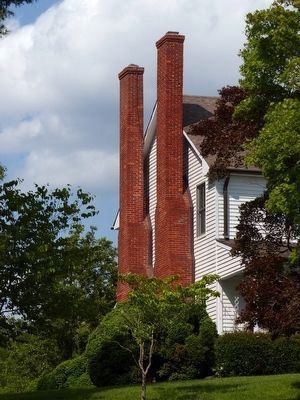