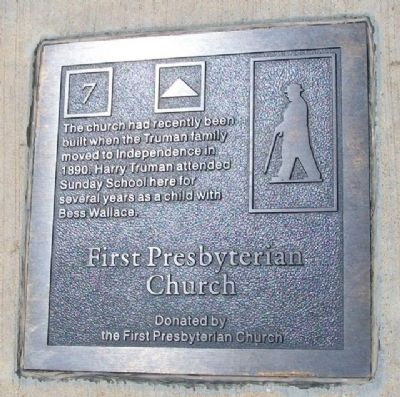 The church had recently been built when the Truman family moved to Independence in 1890. Harry Truman attended Sunday School here for several years as a child with Bess Wallace.

Topics and series. This historical marker is listed in these topic lists: Churches & Religion • Education. In addition, it is included in the Former U.S. Presidents: #33 Harry S. Truman series list. A significant historical year for this entry is 1890. 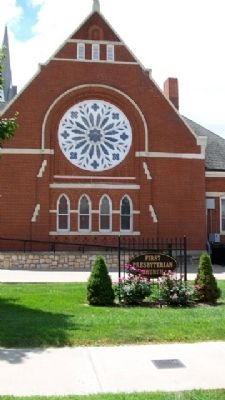 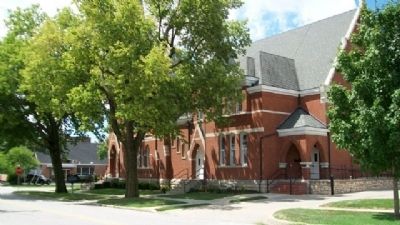