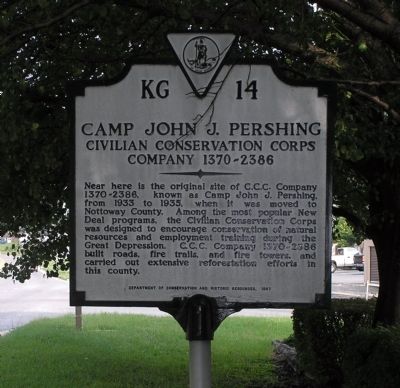 Near here is the original site of C.C.C. Company 1370-2386, known as Camp John J. Pershing, from 1933 to 1935, when it was moved to Nottoway County. Among the most popular New Deal programs, the Civilian Conservation Corps was designed to encourage conservation of natural resources and employment training during the Great Depression. C.C.C. Company 1370-2386 built roads, fire trails, and fire towers, and carried out extensive reforestation efforts in this county.

Topics and series. This historical marker is listed in these topic lists: Horticulture & Forestry • Man-Made Features. In addition, it is included in the Civilian Conservation Corps (CCC) series list. 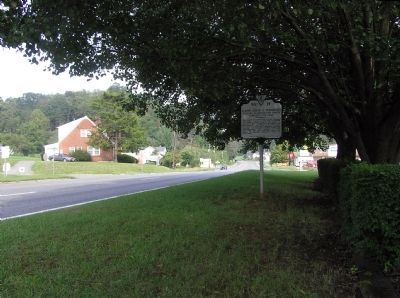