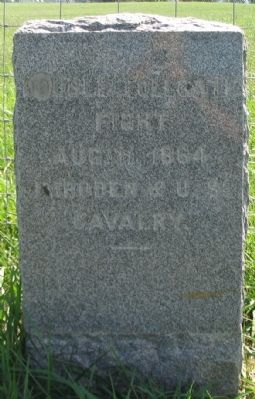 Other nearby markers. At least 8 other markers are within 4 miles of this marker, measured as the crow flies. Double Tollgate (about 400 feet away, measured in a direct line); Clark County / Frederick County (approx. half a mile away); Greenway Court (approx. 1½ miles away); 1750 A.D. (approx. 1.8 miles away); White Post (approx. 1.9 miles away); a different 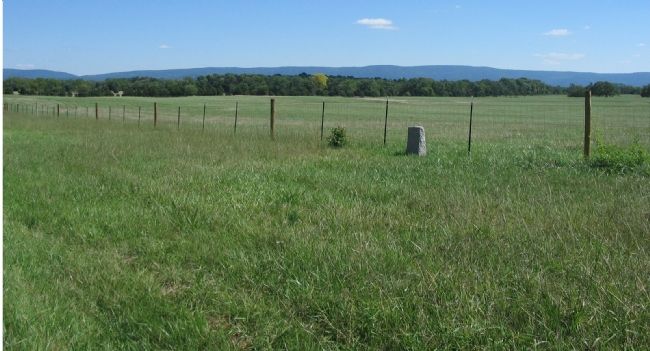 Regarding Double Tollgate Fight. The fighting here in 1864 was one in a series of running battles around the lower Shenandoah during the later part of the summer. In this case, a portion of Merritt's Federal Cavalry Brigade had skirted around Confederate positions centered around Winchester, Va., and probed for an open flank. The objective was Newton (now Stephens City). Confederate General Imboden parried this thrust by countering with his cavalry brigade. The action involved the 6th and 9th New York Cavalry, 17th Pennsylvania Cavalry, and Heaton's Battery on the Federal side. Fire from the Federal artillery eventually forced the Confederates to fall back towards Newton and the Valley Pike. However a few days later, the Federal offensive sputtered to a halt after a successful raid by Confederate Col. John S. Mosby destroyed the Federal supply wagons just north of Berryville, at Buck Marsh.