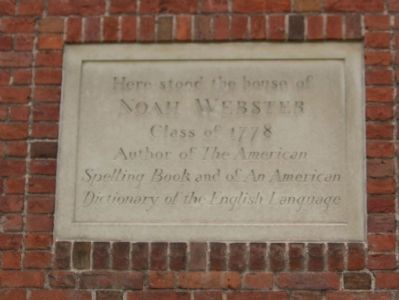 Topics. This historical marker is listed in these topic lists: Arts, Letters, Music • Education. A significant historical year for this entry is 1778. 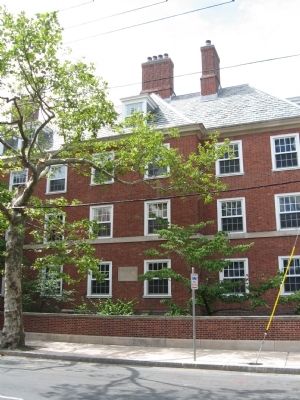 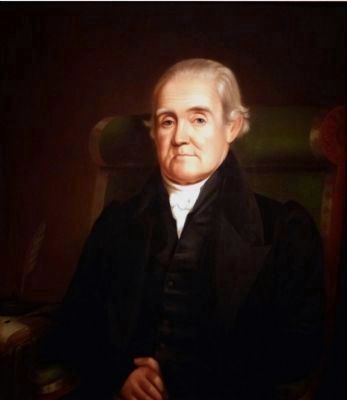 “A new nation required a new language. Or so thought the editor and writer Noah Webster, who devoted his lifetime to the idea of a specifically Amer­ican language, one ‘as independent in literature as in politics,’ Webster began his project to create a unified national culture with his ‘blue-backed spellers" that standardized American spelling. He supplemented the speller with a grammar that relied not on abstract rules but on the observation of actual American usage. The work was an example of the pragmatism and rejection of traditional precedents that characterized American antebellum thinking in fields ranging from law to manufacturing. Webster's great task was the completion of his American Dictionary of the English Language (1828), a reference book whose title announces its intentions to create a lexicographic declaration of independence.” — National Portrait Gallery
Credits. This page was last revised on June 16, 2016. It was originally submitted on August 25, 2010, by Michael Herrick of Southbury, Connecticut. This page has been viewed 864 times since then and 16 times this year. Photos:   1, 2. submitted on August 25, 2010, by Michael Herrick of Southbury, Connecticut.   3. submitted on April 22, 2015, by Allen C. Browne of Silver Spring, Maryland.
Share this page.