Visions for a Two-Season Resort 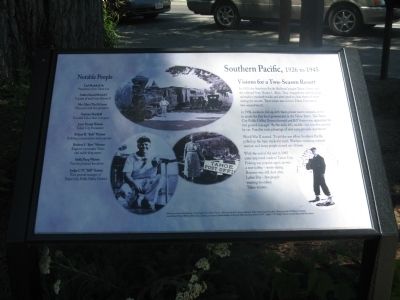 In 1925, the Southern Pacific Railroad bought Tahoe Tavern and the railroad from Duane L. Bliss. They changed the narrow-gauge railroad to standard tracks and attempted to clear them of snow during the winter. Their vision was to turn Tahoe City into a two-season resort.

In 1938, residents, fed up with their private water company, voted to create the first local government in the Tahoe Basin. The Tahoe City Public Utility District formed and Bill Vernon was appointed the first general manager. By the early 40’s middle class travelers arrived by car. Families took advantage of the new campgrounds and resorts.

World War II started. To aid the war effort, Southern Pacific pulled up the tracks for steel. Wartime rationing reduced tourism and many people moved out of town.

With the end of the war in 1945 came improved roads to Tahoe City. Fishing was popular again, as was a new hobby – water-skiing. Business was still slow after Labor Day – few people wanting to endure Tahoe winters. 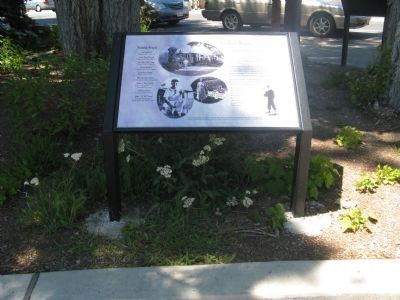 Topics. This historical marker is listed in this topic list: Railroads & Streetcars. A significant historical year for this entry is 1925. 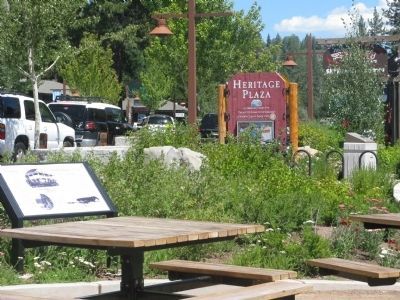