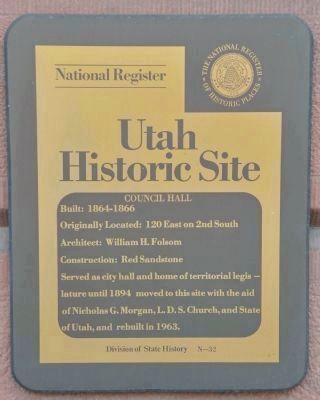 Built: 1864 – 1866. Originally Located: 120 East on 2nd South. Architect: William H. Folsom. Construction: Red Sandstone. Served as city hall and home of territorial legislature until 1894, moved to this site with the aid of Nicholas G. Morgan, L.D.S. Church, and State of Utah, and rebuilt in 1963.

Topics. This historical marker is listed in this topic list: Notable Buildings. A significant historical year for this entry is 1864. 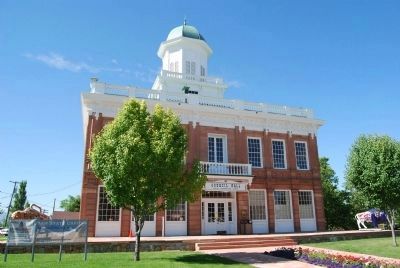 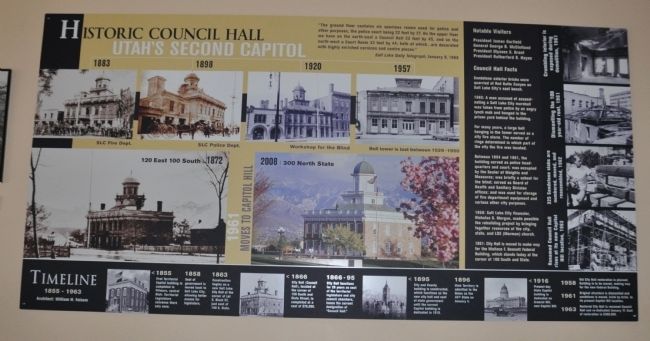 Photographed By Bryan R. Bauer, August 27, 2010
3. Old City Hall Timeline
This timeline shows the many varied uses of this building over its lifetime. 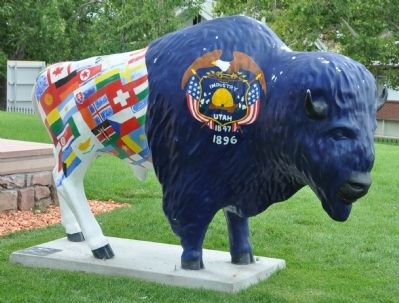 Photographed By Bryan R. Bauer, August 27, 2010
4. One of Two Bison on the Grounds
This bison has flags respresenting many of the countries whose immigrants contributed to the economic growth of Utah in the last half of the 19th century. 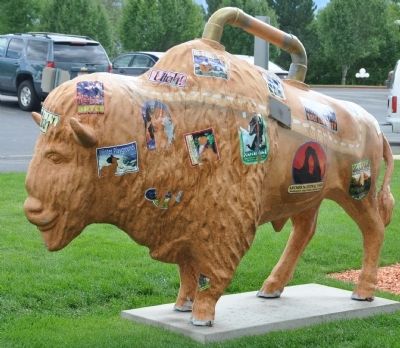 Photographed By Bryan R. Bauer, August 27, 2010
5. The "Suitcase" Bison
This representation of a bison-shaped piece of luggage bears souvenir stickers from many of Utah's scenic attractions. 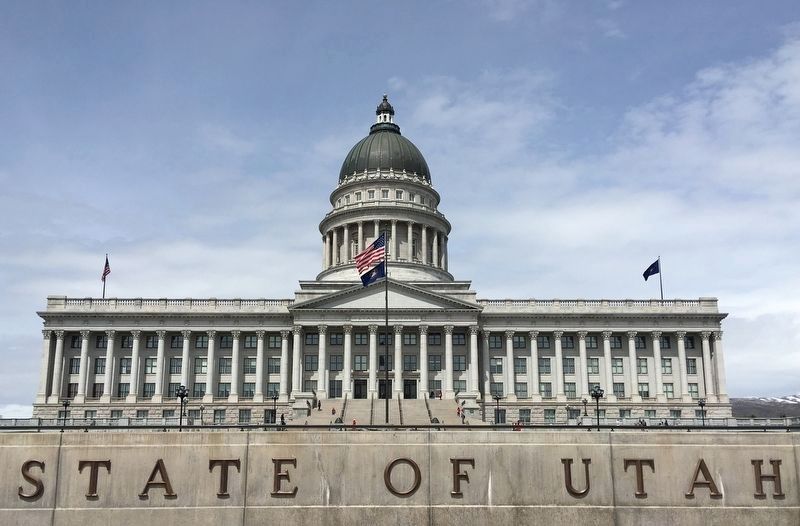