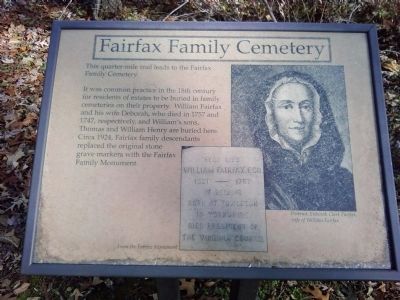 This quarter-mile trail leads to the Fairfax Family Cemetery.

It was common practice in the 18th century for residents of estates to be buried in family cemeteries on their property. William Fairfax and his wife Deborah, who died in 1757 and 1747, respectively, and William's sons Thomas and William Henry are buried here. Circa 1924, Fairfax family descendants replaced the original stone grave markers with the Fairfax Family Monument. 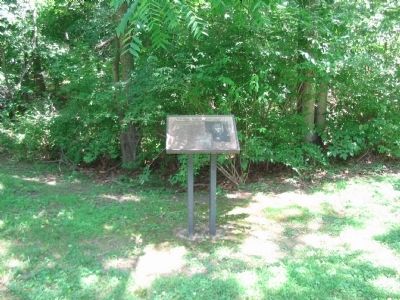 More about this marker. The marker is on Fort Belvoir, an active U.S. Army installation. Please check the links below for site access information. 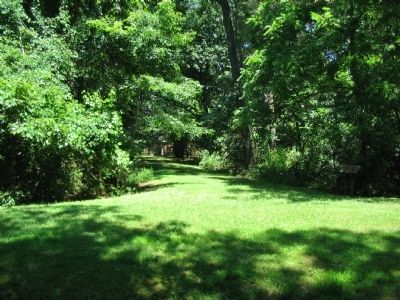