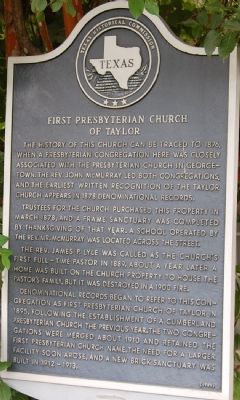 The history of this church can be traced to 1876, when a Presbyterian congregation here was closely associated with the Presbyterian church in Georgetown. The Rev. John McMurray led both congregations, and the earliest written recognition of the Taylor church appears in 1878 denominational records.

Trustees for the church purchased this property in March 1878, and a frame sanctuary was completed by Thanksgiving of that year. A school operated by the Rev. Mr. McMurray was located across the street.

The Rev. James P. Lyle was called as the church’s first full-time pastor in 1889. About a year later a home was built on the church property to house the pastor’s family, but it was destroyed in a 1900 fire. 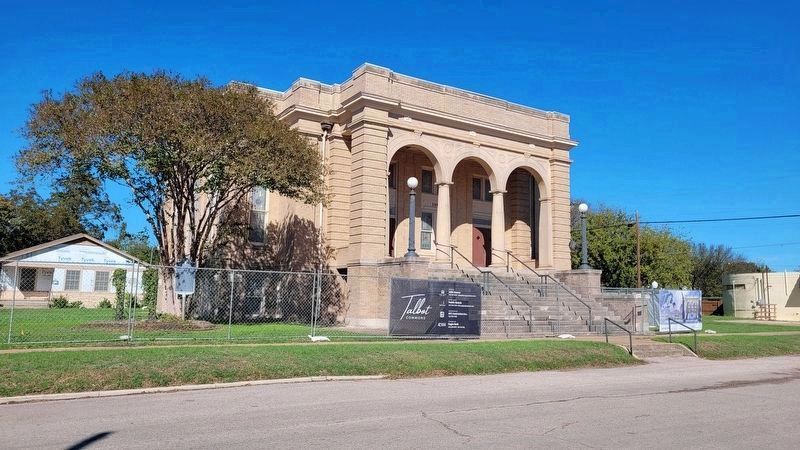 Photographed By James Hulse, November 12, 2022
2. The view of the First Presbyterian Church of Taylor and Marker from the street
The marker is located at the left side of the church under a tree.

Topics. This historical marker is listed in this topic list: Churches & Religion. A significant historical month for this entry is March 1878. 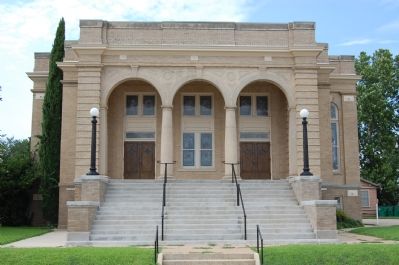