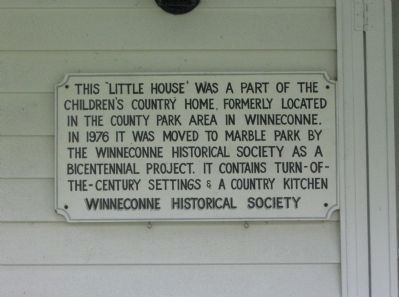 This “Little House” was a part of the Children’s Country Home, formerly located in the county park area in Winneconne. In 1976 it was moved to Marble Park by the Winneconne Historical Society as a Bicentennial Project. It contains turn-of-the century settings & a country kitchen.

Erected by the Winneconne Historical Society.

Location. 44° 6.622′ N, 88° 43.169′ W. Marker is in Winneconne, Wisconsin, in Winnebago County. Marker is on South 6th Street south of West Main Street (Wisconsin Highway 116), on the right when traveling south. Marker is located at Arthur Marble Memorial Park. Touch for map. Marker is at or near this postal address: 611 West Main Street, Winneconne WI 54986, United States of America. Touch for directions. 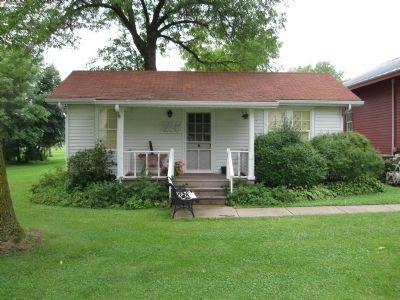 More about this marker. The Children's Country Home was a non-denominational home for dependent and neglected children in the early 1940s. 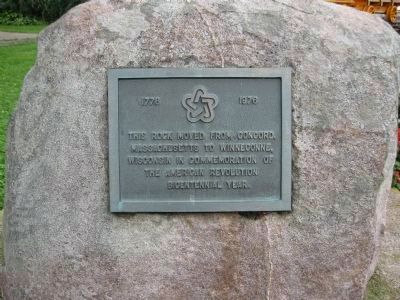 By Keith L, August 21, 2010
3. Nearby Bicentennial Plaque
1776 · 1976
This rock moved from Concord, Massachusetts to Winneconne, Wisconsin in commemoration of the American Revolution Bicentennial year. 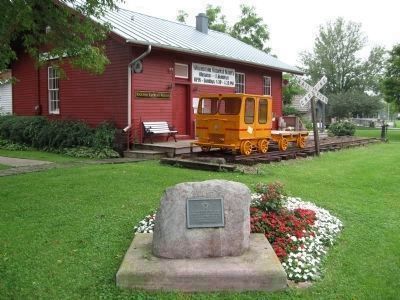