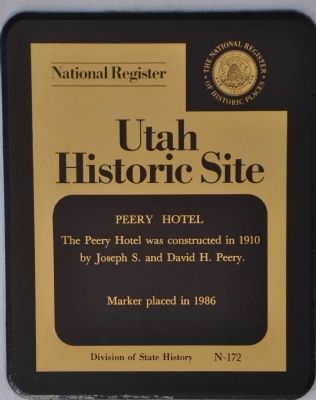 The Peery Hotel was constructed in 1910
by Joseph S. and David H. Peery.

Topics. This historical marker is listed in this topic list: Notable Buildings. A significant historical year for this entry is 1910. 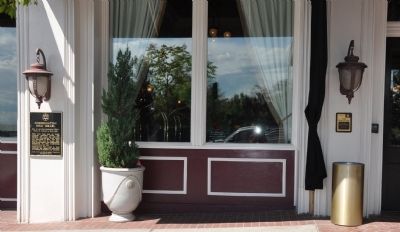 Photographed By Bryan R. Bauer, August 27, 2010
2. Peery Hotel Entrance
The Utah State Historical Society marker is on the right. The marker for the former location of Congregation B'nai Israel is on the left.