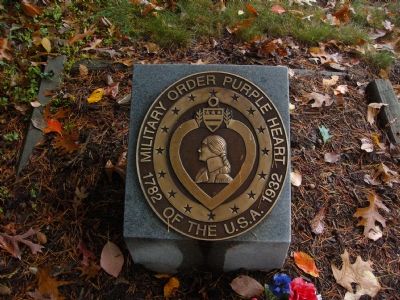 Topics and series. This historical marker memorial is listed in this topic list: Military. In addition, it is included in the Military Order of the Purple Heart, and the National Cemeteries series lists. 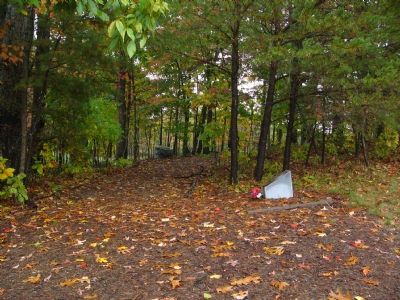 Additional comments.
1. The significance of 1782 and 1932
In 1782, General George Washington created the Badge of Military Merit decoration, the forerunner of the modern day Purple Heart. The Purple Heart is the oldest military decoration in the world still in use. General Washington's keen appreciation of the importance of the common soldier impelled in him the desire to recognize outstanding valor and merit. Due to funding constraints by the Continental Congress, there was little he could do to reward the individual soldier. Deprived of any means to reward, he searched for a substitute, resulting in hime writing General Orders of August 7, 1782, which read in part:

"The General, ever desirous to cherish virtuous ambition in his soldiers as well as foster and encourage every species of military merit, directs that whenever any singularly meritorious 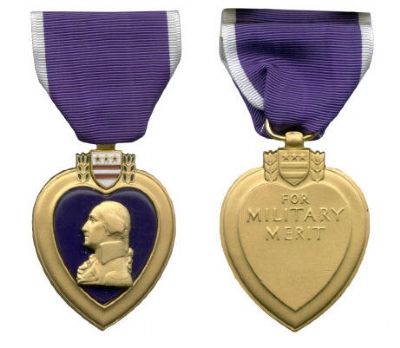 3. The Purple Heart Medal
The Purple Heart is awarded to members of the armed forces of the United States who are wounded by an instrument of war in the hands of the enemy and posthumously to the next of kin in the name of those who are killed in action or die of wounds received in action. It is specifically a combat decoration.
action is performed, the author of it shall be permitted to wear on his facings, over his left breast, the figure of a heart in purple cloth or silk edged with narrow lace or binding. Not only instances of unusual gallantry but also of extraordinary fidelity and essential service in any way shall meet with due reward. The name and regiment of the persons so certified are to be enrolled in a Book of Merit which shall be kept in the orderly room."

The order further states: "Men who have merited this distinction to be suffered to pass all guards and sentinels which officers are permitted to do. The order to be retroactive to the earliest stages of the war, and to be a permanent one."

Washington ended his order with: "The road to glory in a patriot army and a free country is thus open to all."