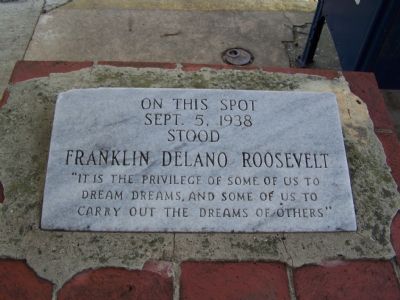 Topics and series. This historical marker is listed in this topic list: Government & Politics. In addition, it is included in the Former U.S. Presidents: #32 Franklin D. Roosevelt series list. 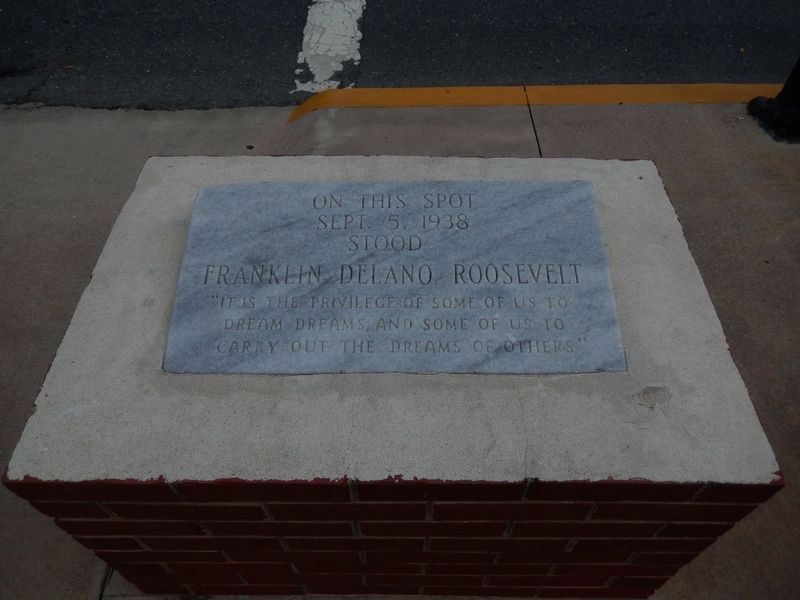 Photographed By Beverly Pfingsten, October 3, 2016
2. On this spot Sept. 5, 1938 stood Franklin Delano Roosevelt Marker
Plaque has been raised from the sidewalk and placed on a pedestal

Click or scan to see
this page online
(about 400 feet away); Two Neighbors * Two Governors * Two States (about 500 feet away). Touch for a list and map of all markers in Denton.

Also see . . .
1. Address at Denton, Maryland. Contributor corresponded with the FDR Library to see why the President was in Denton on this day. Received the following reply from the Supervisory Archivist.

“This is in response to your recent inquiry to the Franklin D. Roosevelt Presidential Library concerning FDR's visit to Denton, Maryland on September 5, 1938.

“President Roosevelt visited Denton, Maryland in order to campaign for Representative David Lewis of Maryland who was running against incumbent Senator Millard Tydings in the Democratic Primary. FDR’s campaign against a sitting senator in the Democratic Primary was part of his ill-fated attempt to ‘purge’ the Democratic Party of those Democrats seen to be insufficiently, or inconsistently, liberal. While there, he also delivered his nationally broadcast Labor Day Address which includes the quote that appears on the marker you found in Denton. You can see elements of campaign rhetoric throughout the Labor Day Address.

“You can read the text of the entire speech by going to the following link to the public papers of FDR as posted on the American Presidency Project website: 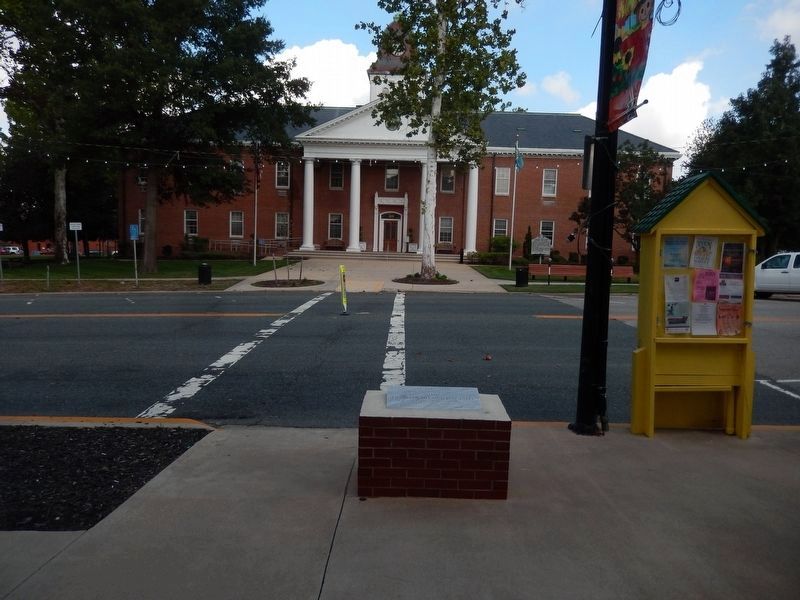 “I hope this information proves helpful.