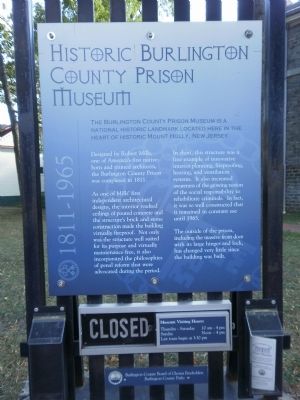 Designed by Robert Mills, one of America's first native-born and trained architects, the Burlington County Prison was completed in 1811.

As one of Mills' first independent architectural designs, the interior vaulted ceilings of poured concrete and the structure's brick and stone construction made the building virtually fireproof. Not only was the structure well suited for its purpose and virtually maintenance free, it also incorporated the philosophies of penal reform that were advocated during the period.

In short, this structure was a fine example of innovative interior planning, fireproofing, heating, and ventilation systems. It also increased awareness of the growing notion of the social responsibility to rehabilitate criminals. In fact, it was so well constructed that it remained in constant use until 1965.

The outside of the prison, including the massive front door with its large hinges and lock, has changed very little since the building was built. 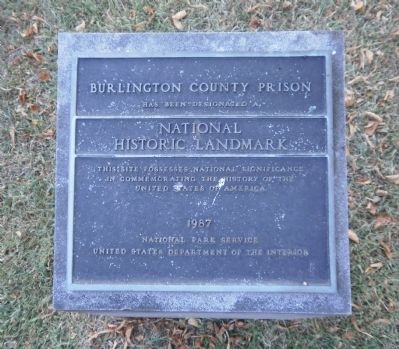 Topics and series. This historical marker is listed in these topic lists: Architecture • Law Enforcement. In addition, it is included in the National Historic Landmarks series list. A significant historical year for this entry is 1811. 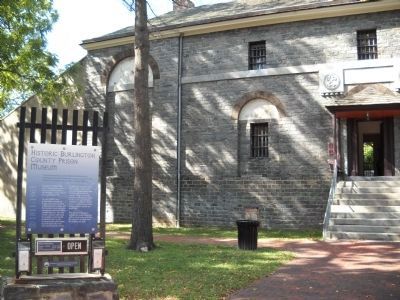 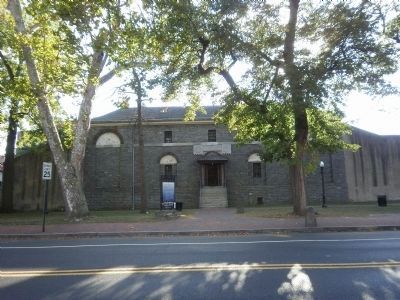