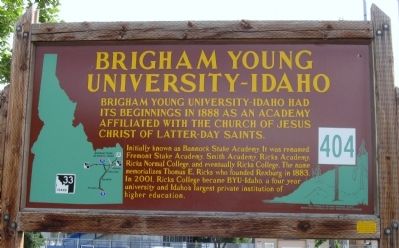 Brigham Young University - Idaho had its beginning in 1888 as an academy affiliated with The Church of Jesus Christ of Latter-Day Saints.

Topics and series. This historical marker is listed in these topic lists: Churches & Religion • Education • Settlements & Settlers. In addition, it is included in the Idaho State Historical Society series list. A significant historical year for this entry is 1888. 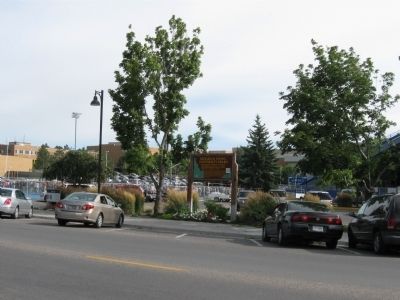 Click or scan to see
this page online
at or near this postal address: 74 West 2nd South, Rexburg ID 83440, United States of America. Touch for directions.