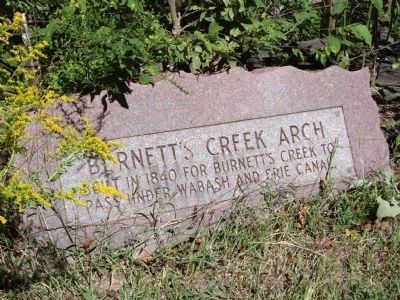 Topics and series. This historical marker is listed in these topic lists: Bridges & Viaducts • Waterways & Vessels. In addition, it is included in the Wabash & Erie Canal series list. A significant historical year for this entry is 1840.

More about this marker. We have traveled many miles in a number of states for the documentation of all kinds of Historical Sites including the travels of other towpaths. But, the "Towpath Road" from Logansport to Delphi, Indiana is the most rustic of our travels.

If you wish to 'take in' the experience of "Canal Day" travels, take a picnic lunch (or there are good restaurants in Logansport and Delphi) and travel this "Canal Route" between Loansport and Delphi. The people you meet are friendly and helpful..! Wear a pair of walking shoes and cloths. The journey is well worth the time to relax.!!! 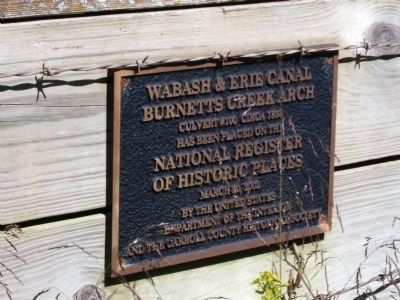 Click or scan to see
this page online
. This organization has the greatest concentration and most of the known remains of the Wabash & Erie Canal in Indiana. The many links on this web site are very interesting and fun to work with. (Submitted on September 9, 2010, by Al Wolf of Veedersburg, Indiana.)

2. "The men who dug the Canal" ::. A light and lively song with many old photos of canal builders in the process of digging a canal. (Submitted on September 9, 2010, by Al Wolf of Veedersburg, Indiana.)

3. "Angel of the Canal" ::. Many fell ill digging canals. In frontier days there were few doctors and medicine was scarce. In the Brecksville, Ohio area Mrs. Johnson became known as the "Angel of the Canal" for her care of the ill. (Submitted on September 9, 2010, by Al Wolf of Veedersburg, Indiana.) 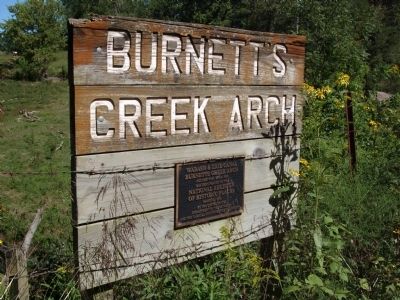 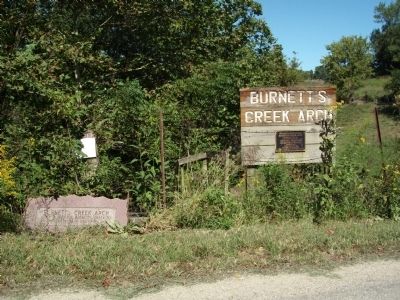 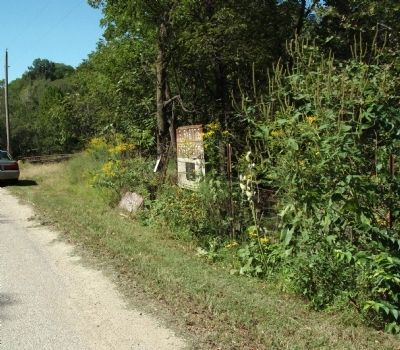 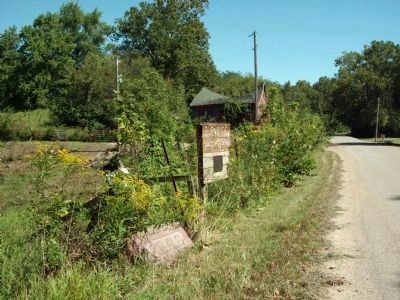 By Courtesy:: Carly C. Kindig, September 6, 2010
6. Looking East - - Burnett's Creek Arch Marker
You can hear today the water yet running in Burnett's Creek under Towpath Road. The Wabash & Erie Canal would be about the middle of what we travel on today as the "Towpath Road" (as seen in the photo).
Credits. This page was last revised on August 27, 2020. It was originally submitted on September 9, 2010, by Al Wolf of Veedersburg, Indiana. This page has been viewed 1,251 times since then and 46 times this year. Photos:   1, 2, 3, 4, 5, 6. submitted on September 9, 2010, by Al Wolf of Veedersburg, Indiana. • Syd Whittle was the editor who published this page.
Share this page.