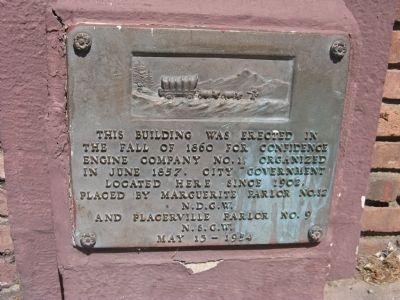 Photographed By Syd Whittle, September 9, 2010
1. Confidence Hall Marker
Inscription.
Confidence Hall. . This building was erected in the Fall of 1860 for Confidence Engine Company No.1, organized in June 1857. City government located here since 1902. . This historical marker was erected in 1954 by Marguerite Parlor No. 12, Native Daughters of the Golden West and Placerville Parlor No. 9, Native Sons of the Golden West.. It is in Placerville in El Dorado County California

This building was erected in the Fall of 1860 for Confidence Engine Company No.1, organized in June 1857. City government located here since 1902.

Topics and series. This historical marker is listed in this topic list: Notable Buildings. In addition, it is included in the Native Sons/Daughters of the Golden West series list. A significant historical month for this entry is June 1857.

Location. 38° 43.78′ N, 120° 47.989′ W. Marker is in Placerville, California, in El Dorado County. Marker is on Main Street west of Bedford Street, on the right when traveling west. Marker is located on the front of the building, on the left, near the sidewalk level. Touch for map. Marker is at or near this postal address: 487 Main Street, Placerville CA 95667, United States of America. Touch for directions. 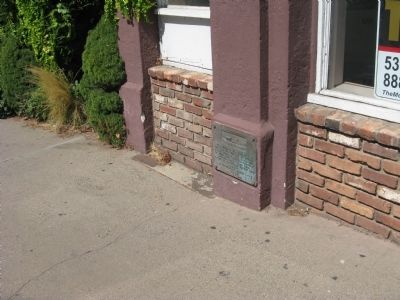 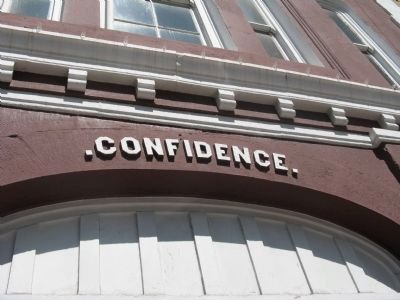 Photographed By Syd Whittle, September 9, 2010
3. Confidence
Above the center window, which at one time was the door to the bay that housed the fire engine. 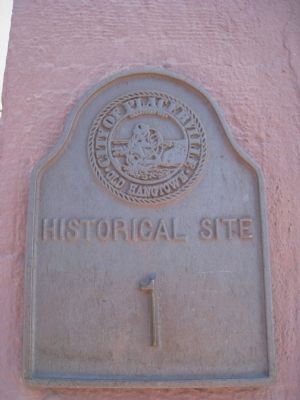 Innkeeper of the Albert Shafsky House B&B
4. City of Placerville Historic Site #1 Marker
Confidence Engine Company fire house building. As a town that has suffered its share of disastrous fires, its volunteer fire companies were valued and their members honored. Since Placerville burned several times, it needed confidence! 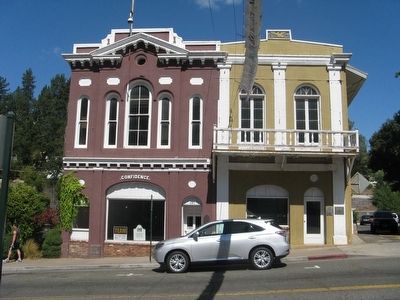