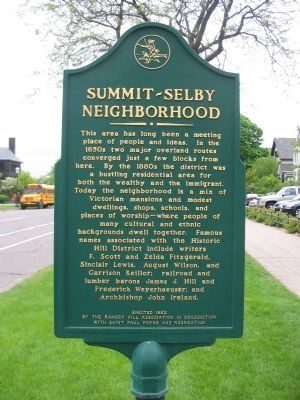 This area has long been a meeting place of people and ideas. In the 1850s two major overland routes converged just a few blocks from here. By the 1880s the district was a bustling residential area for both the wealthy and the immigrant. Today the neighborhood is a mix of Victorian mansions and modest dwellings, shops, schools, and places of worship -- where people of many cultural and ethnic backgrounds dwell together. Famous names associated with the Historic Hill District include writers F. Scott and Zelda Fitzgerald, Sinclair Lewis, August Wilson, and Garrison Keillor; railroad and lumber barons James J. Hill and Frederick Weyerhaeuser; and Archbishop John Ireland.

Erected 1992 by the Ramsey Hill Association in conjunction with Saint Paul Parks and Recreation.

Topics. This historical marker is listed in this topic list: Notable Places. A significant historical year for this entry is 1992. 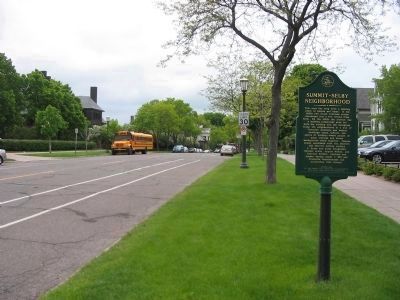 Click or scan to see
this page online
W. Marker is in Saint Paul, Minnesota, in Ramsey County. Marker is on Summit Avenue south of Selby Avenue, on the right when traveling south. Touch for map. Marker is at or near this postal address: 239 Selby Avenue, Saint Paul MN 55102, United States of America. Touch for directions. 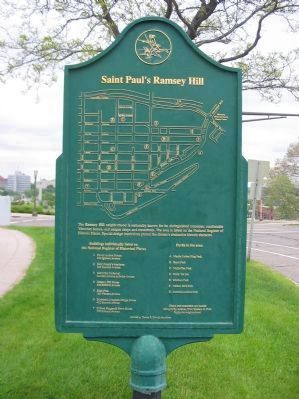 Photographed By Keith L, May 12, 2010
3. South Side of Marker
Saint Paul's Ramsey Hill
[map]
The Ramsey Hill neighborhood is nationally known for its distinguished mansions, comfortable Victorian homes, and unique shops and restaurants. The area is listed on the National Register of Historic Places. Special design restrictions protect the district's distinctive historic character.
[list of NRHP buildings and parks] 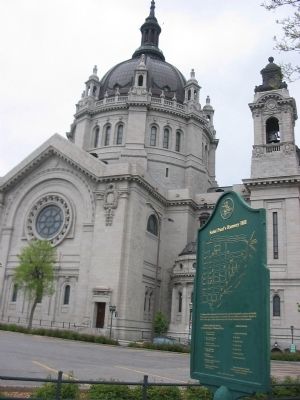 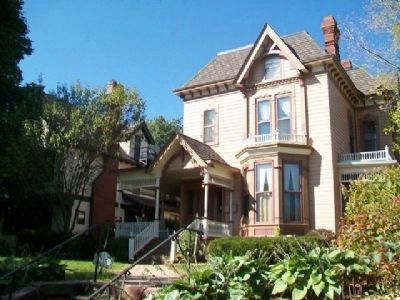