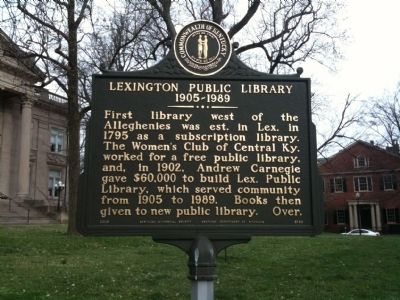 Lexington Public Library
First library west of the Alleghenies was est. in Lex. in 1795 as a subscription library. The Women's Club of Central Ky. worked for a free public library, and, in 1902, Andrew Carnegie gave $60,000 to build Lex. Public Library, which served community from 1905 to 1989. Books then given to new public library.

Erected 2005 by Presented by the Lexington Public Library. (Marker Number 2199.)

Topics and series. This historical marker is listed in these topic lists: Arts, Letters, Music • Notable Buildings. In addition, it is included in the Carnegie Libraries, and the Kentucky Historical Society series lists. A significant historical year for this entry is 1795. 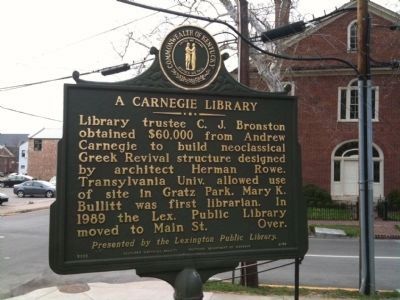 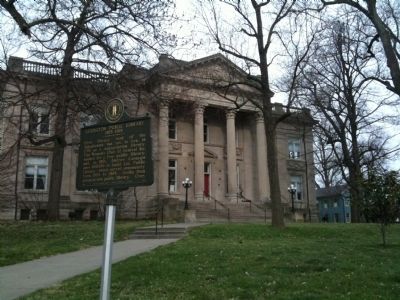