The Mine No. 2 Disaster and a Brief History of 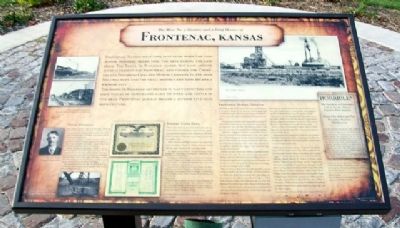 Frontenac, Kansas first came into being when the coal mining industry moved into the area during the late 1800s. The Santa Fe Railroad leased the land around what is present-day Frontenac, and formed the Cherokee and Pittsburg Coal and Mining Company. In 1886, mine No. 1 was sunk and a small mining camp soon became a booming city.

The Santa Fe Railroad advertised in many countries and soon flocks of immigrants came to work and settle in the area. Frontenac quickly became a diverse city, rich with culture.

Frontenac Mining Disaster
November 9, 1888 was the date of the worst mining disaster in the state of Kansas. In the Cherokee and Pittsburg Coal and Mining Company Mine No. 2, also known as Mount Carmel No. 2, a terrible explosion claimed the lives of 47 men and boys.

“Yesterday evening witnessed the most terrible holocaust that ever occurred in 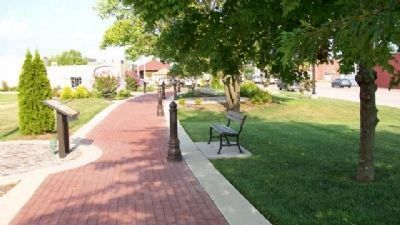 Click or scan to see
this page online
this mining district or the West. Mine No. 2 of the Pittsburg and Cherokee (Santa Fe) Mining Company at Frontenac blew up causing a horrible toll of life. Number of lives lost is not known. Men in the mine at the time of the explosion numbered 164. Many of them made their way out alive and uninjured.

“At least 200 men, women and children are gathered around the shaft of the mine. The cries of those whose husbands or fathers are known to be below are heartrending. Entrance to the mine is being achieved as fast as is humanely possible, but the main entrance is absolutely blocked and imminent danger attends every attempt by the air shaft.

“Men are driven to desperation by pitiful appeals by weeping women and girls to get their husbands and fathers and boys out before they all die. Snow and rain have been falling continuously since the explosion yesterday evening at 5 o’clock. Half-clad women shiver and huddle about the top of the shaft pleading for someone to give them tidings of their loved ones. Every available doctor from Pittsburg, Girard, Litchfield and other places from over the district are at the shaft ready to give emergency treatment.

More than 100 men are believed to be lying dead in the mine. Those who escaped report horrifying tales of the explosion and after fire which blasted its way through the workings. The violence of the shock 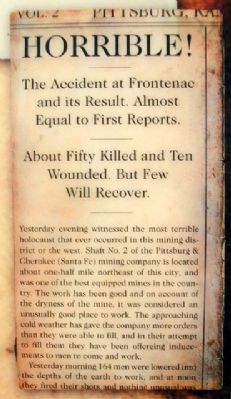 circa November 1888
3. Newspaper Clipping Photo on Marker
rocked Pittsburg and all surrounding territory. Half an hour after the explosion a ragged, bleeding man staggered into Pittsburg. He said that all the men in the mine except himself and one other had been killed. Horses quickly were harnessed to wagons and soon the villagers were hurrying through a fierce snow and sleet storm to the scene of the disaster.

“Rescue parties have endeavored to enter the mine but have been driven back by foul air. The air fans were demolished by the explosions and men are working frantically to replace them so air can be sent into the mine.” 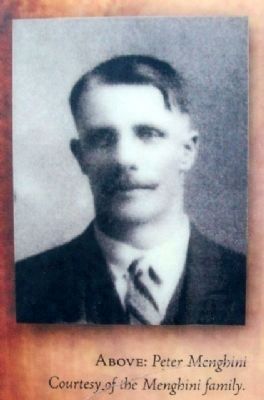 Courtesy of Menghini Family, circa early1900s
4. Peter Menghini Photo on Marker
and two unidentified boys, one a “cager” and the other a “trapper.”
Names researched by Thomas R. Walther, Professor of History, PSU

Peter Menghini
Peter Menghini was born in 1885 in the Tyrol region of Italy. He came to the United States at the age of 16, traveling by train to Pittsburg, Kansas and settling in Frontenac. In 1916, Peter and his brother, Antone, founded the Menghini Coal Company with Peter taking charge of operations.

A pioneer in the Kansas coal fields, the company owned and operated – at one time – the largest digging shovel; a Marion 300, with a 6 cubic yard bucket. The company excavated what is now the Crawford County State Park on U.S. Highway 69.

Realizing the financial opportunities available in the mining community, the miners Peter employed were paid from the Menghini home; from there they could go next door to the family owned butcher shop to buy fresh meat and on to the Menghini Mercantile Store to get the other supplies their families needed. These financial opportunities led the brothers to other business ventures in the area, such as the Miners State Bank.

The company strip mined until 1945 with their last dig being a 30 feet deep, 20 acre strip pit, east of Frontenac, which is used today for fishing and boating. 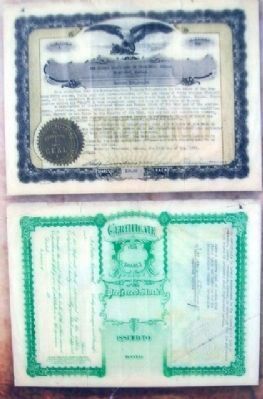 circa 1900s
5. Miners State Bank Certificates on Marker
State Bank was one of the first banks in the city of Frontenac. It first recieved [sic] its charter January 29, 1919, and opened for business in June of that year. The bank’s assets have grown from $105,000 in 1919 to more than $40 million today.

When the bank first began operation, one other bank was in business in Frontenac. Miners State was named after the main industry of the area, coal mining.

The longest past officers and employees of the bank were Joseph B. Cinotto serving 33 years as cashier and executive vice-president, Mary A. Cinotto, as an officer and employee for over 60 years and Kathleen Menghini, employee for 31 years. 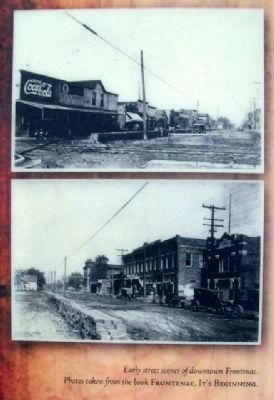 Topics. This historical marker is listed in these topic lists: Environment • Industry & Commerce • Settlements & Settlers. A significant historical date for this entry is November 9, 1888.

Location. 37° 24.557′ N, 94° 42.428′ W. Marker is in Pittsburg, Kansas, in Crawford County. Marker is on 2nd Street near Walnut Street, on the right when traveling west. Marker is at the Miners' Memorial. Touch for map. Marker is in this post office area: Pittsburg KS 66762, United States of America. Touch for directions. 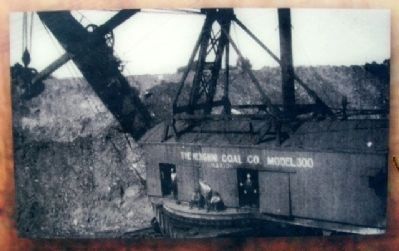