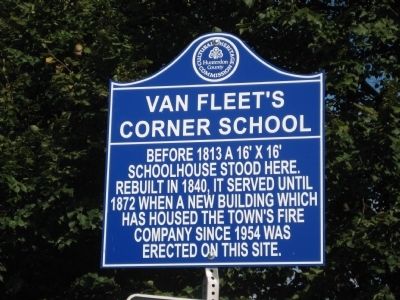 Photographed By Alan Edelson, September 13, 2010
1. Van Fleet's Corner School Marker
Inscription.
Van Fleet's Corner School. . Before 1813 a 16' X 16' schoolhoouse stood here. Rebuilt in 1840, it served until 1872 when a new building which has housed the town's fire company since 1954 was erected on this site. . This historical marker was erected by Hunterdon County Cultural And Heritage Commission. It is in Three Bridges in Hunterdon County New Jersey

Topics and series. This historical marker is listed in this topic list: Education. In addition, it is included in the New Jersey, Hunterdon County Cultural and Heritage Commission series list. A significant historical year for this entry is 1813. 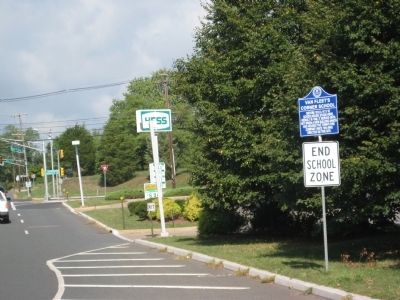