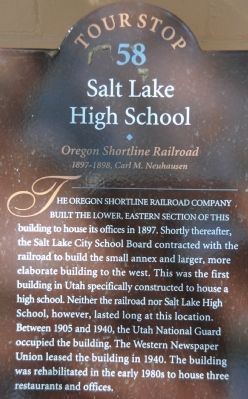 The Oregon Shortline Railroad Company built the lower, eastern section of this building to house its offices in 1897. Shortly therafter, the Salt Lake City School Board contracted with the railroad to build the small annex and larger, more elaborate building to the west. This was the first building in Utah specifically constructed to house a high school. Neither the railroad nor Salt Lake City High School, however, lasted long at this location. Between 1905 and 1940, the Utah National Guard occupied the building. The Western Newspaper Union leased the building in 1940. The building was rehabilitated in the early 1980's to house three restaurants and offices.

Topics and series. This historical marker is listed in these topic lists: Education • Railroads & Streetcars. In addition, it is included in the Utah, Salt Lake City Downtown Walking Tour series list. A significant historical year for this entry is 1897.

More about this marker. This location is Tour Stop 58 on the Utah Heritage Foundation Downtown Walking Tour. 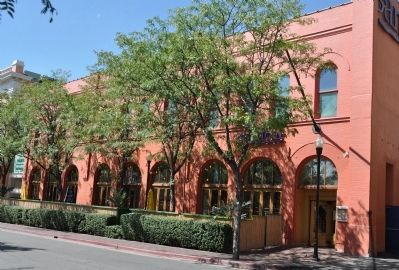 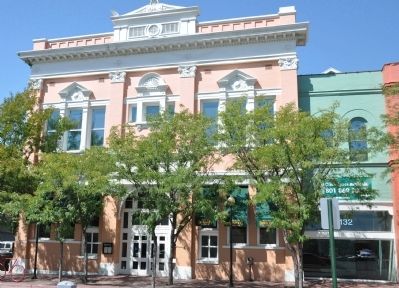