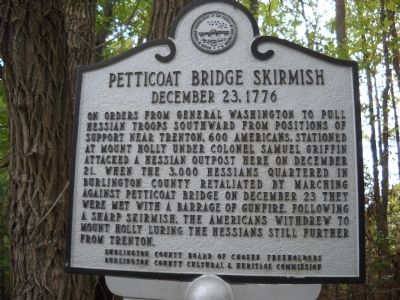 On orders from General Washington to pull Hessian troops southward from positions of support near Trenton, 600 Americans, stationed at Mount Holly under Colonel Samuel Griffin, attacked a Hessian outpost here on December 21. When the 3,000 Hessians quartered in Burlington County retaliated by marching against Petticoat Bridge on December 23, they were met with a barrage of gunfire. Following a sharp skirmish, the Americans withdrew to Mount Holly luring the Hessians still further from Trenton.
Burlington County Board of Chosen Freeholders
Burlington County Cultural & Heritage Commission

Erected by County of Burlington.

Topics and series. This historical marker is listed in this topic list: War, US Revolutionary. In addition, it is included in the Former U.S. Presidents: #01 George Washington series list. A significant historical month for this entry is December 1776. 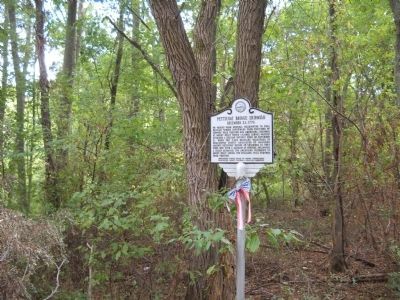 Click or scan to see
this page online
is located by the bridge at the Springfield / Mansfield border. Touch for map. Marker is in this post office area: Bordentown NJ 08505, United States of America. Touch for directions. 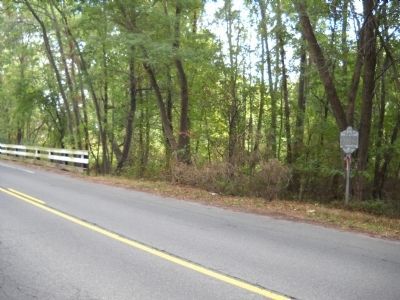 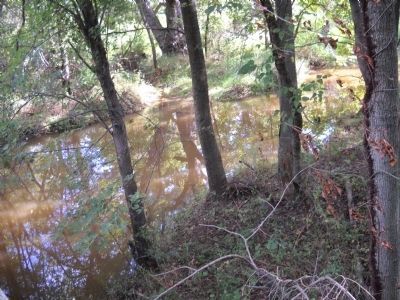 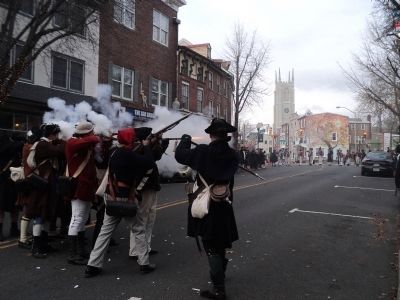