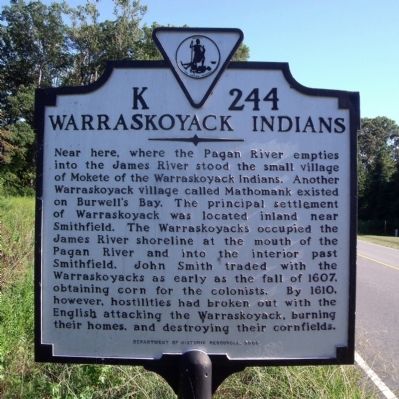 Topics and series. This historical marker is listed in these topic lists: Native Americans • Settlements & Settlers. In addition, it is included in the Virginia Department of Historic Resources series list. A significant historical year for this entry is 1607.

Location. This marker has been replaced by another marker nearby. It was 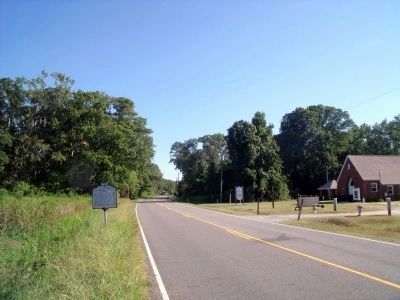 Related marker. Click here for another marker that is related to this marker. New Marker At This Location also titled "Warraskoyack Indians". 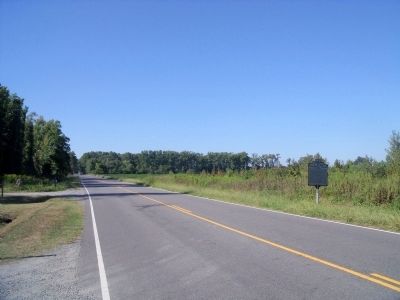