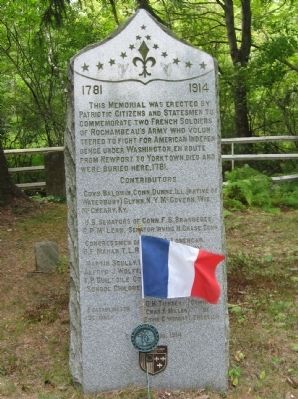 This memorial was erected by Patriotic Citizens and Statesmen to commemorate two French Soldiers of Rochambeau's Army who volunteered to fight for American Independence under Washington, enroute from Newport to Yorktown, died and were buried here, 1781.

Topics and series. This historical marker is listed in this topic list: War, US Revolutionary. In addition, it is included in the Former U.S. Presidents: #01 George Washington, and the The Washington-Rochambeau Route series lists. A significant historical year for this entry is 1781.

Location. 41° 32.711′ N, 72° 59.012′ W. Marker is in Waterbury, Connecticut, in New Haven County. Marker can be reached from the intersection of East Main Street, on the left when traveling west. Located in East Farms Cemetery, a small hidden cemetery in the wooded area behind the house at 3092 East Main Street. Touch for map. Marker is at or near this postal address: Norris Street, Waterbury CT 06705, United States of America. Touch for directions.

Other nearby markers. At least 8 other markers are within 4 miles of this marker, measured as the crow flies. Liberty – Victory House (approx. 1.8 miles away); Hamilton Park (approx. 1.9 miles away); Site of the First Meeting House 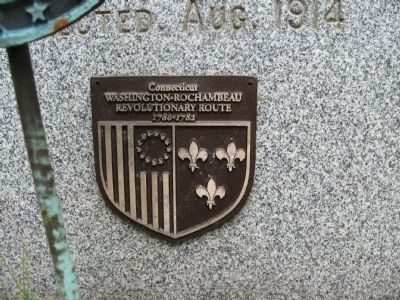 More about this marker.
[Contributor information on the marker:]

Related marker. Click here for another marker that is related to this marker. A photo of this memorial is seen on the Washington – Rochambeau Revolutionary Route Marker. 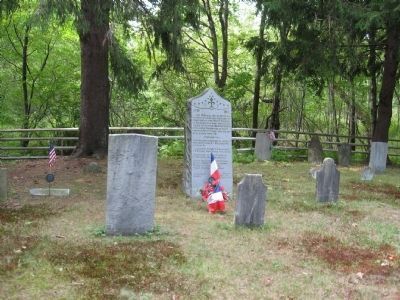 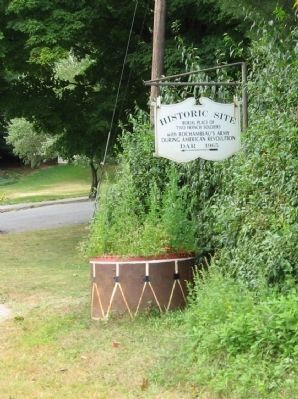 Photographed By Michael Herrick, September 16, 2010
4. Sign on East Main Street
This sign guides you to the hidden East Farms Cemetery. 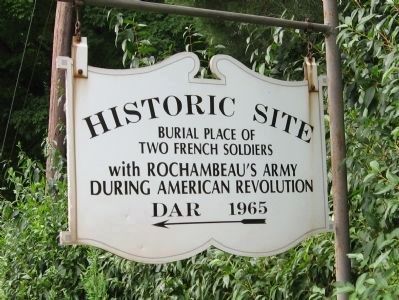