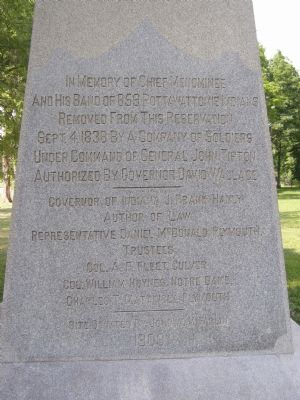 Topics and series. This historical marker is listed in these topic lists: Government & Politics • Native Americans. In addition, it is included in the Potawatomi Trail of Death series list. A significant historical date for this entry is September 4, 1838. 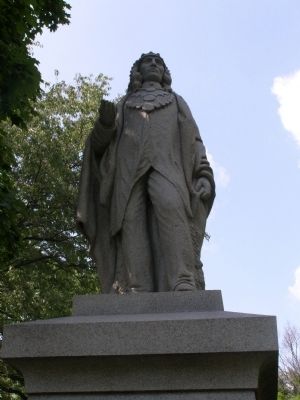 Click or scan to see
this page online
Rd. About ½ mile north of West 13th. Touch for map. Marker is in this post office area: Plymouth IN 46563, United States of America. Touch for directions.

More about this marker. The sculpture was funded by a 1907 state appropriation. Samuel Novelli and Joseph Calcagni of Barre, Vermont, sculpted the monument to the design of the local contract-holder, Frank Southworth. (Samuel Novelli is sometimes confused with the younger New York sculptor James Novelli.) Originally, the site included a small replica of the Roman Catholic log chapel in Menominee's village. The statue stands where the Vandalia (later Pennsylvania) Railroad crossed the county road; McFarlin was willing to give this land for free, while the owners of the actual site of Menominee's village, on the north side of the lake, wanted to be paid for any land that might be used.

Regarding Chief Menominee. Chief Menominee (1791-1841) was head of the Pottowattomie Indian tribe which lived in the Twin Lakes area; there were several other reserves in the Marshall County area, including those of Chiefs Neeswaugee, Quaushquo, Benack, and Aubenaubee. Menominee never signed the treaty giving up his reservation (three of his lesser chiefs did), but was forced out anyway. 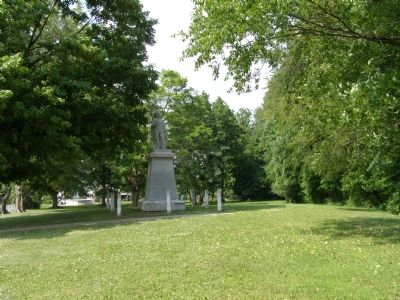 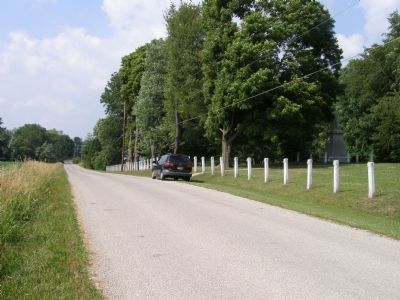 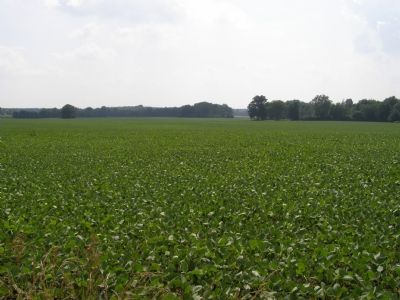