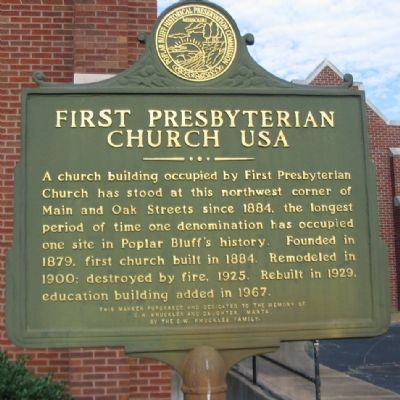 A church building occupied by First Presbyterian Church has stood at this northwest corner of Main and Oak Streets since 1884, the longest period of time one denomination has occupied one site in Poplar Bluff's history. Founded in 1879, first church built in 1884. Remodeled in 1900; destroyed by fire, 1925. Rebuilt in 1929, education building added in 1967.

Topics. This historical marker is listed in this topic list: Churches & Religion. A significant historical year for this entry is 1884. 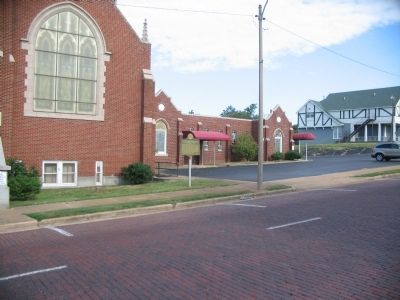 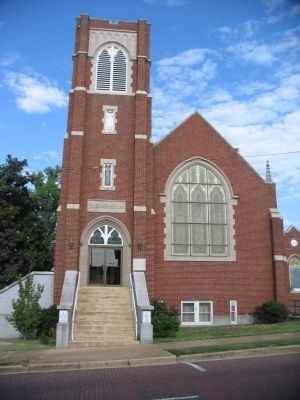