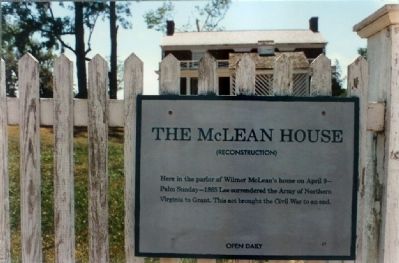 Photographed By Mike Stroud, July 1994
1. The McLean House Marker
Inscription.
The McLean House. (reconstruction). Here in the parlor of Wilmer Mclean's home on April 9 , Palm Sunday , 1865 Lee surrendered the Army of Northern Virginia to Grant. This act brought the Civil War to an end. . This historical marker was erected by National Park Service. It is in Appomattox in Appomattox County Virginia

Here in the parlor of Wilmer Mclean's home on April 9 — Palm Sunday — 1865 Lee surrendered the Army of Northern Virginia to Grant. This act brought the Civil War to an end.

Topics. This historical marker is listed in these topic lists: Military • Notable Places • War, US Civil. A significant historical month for this entry is April 1712.

Location. This marker has been replaced by another marker nearby. It was located near 37° 22.645′ N, 78° 47.836′ W. Marker was in Appomattox, Virginia, in Appomattox County. Marker could be reached from State Highway 24, on the right when traveling west. Richmond-Lynchburg Stage Road, which is a walking path today, on the left when traveling west in Appomattox Court House National Historic Park. Touch for map. Marker was in this post office area: Appomattox VA 24522, United States of America. Touch for directions.

Other nearby markers. At least 8 other markers are within walking distance of this location. A different marker also named McLean House (here, next to this marker); Lafayette W. Meeks (about 300 feet away, measured in a direct line); Clover Hill Tavern 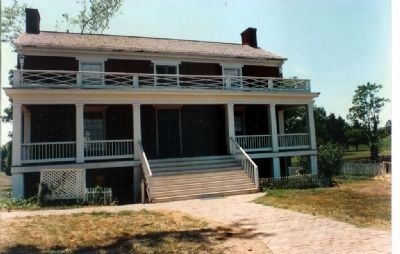 Also see . . .  Park Service excerpt. The surrender of the Army of Northern Virginia allowed the Federal Government to redistribute forces and bring increased pressure to bear in other parts of the south that would result in the surrender of the remaining field armies of the Confederacy over the next few months. (Submitted on April 5, 2008, by Mike Stroud of Bluffton, South Carolina.) 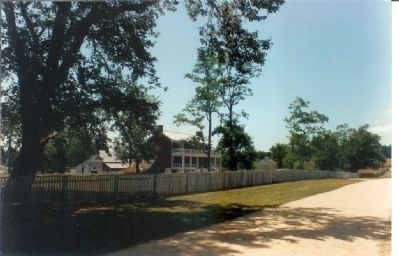 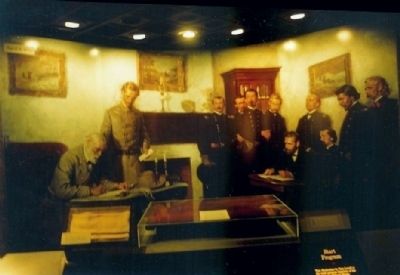 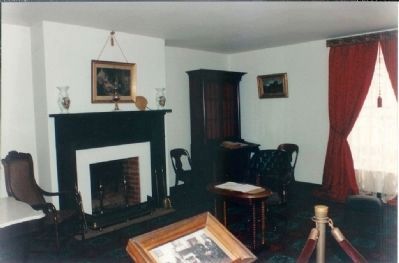 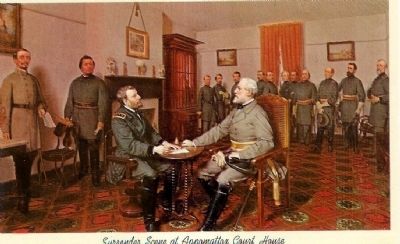