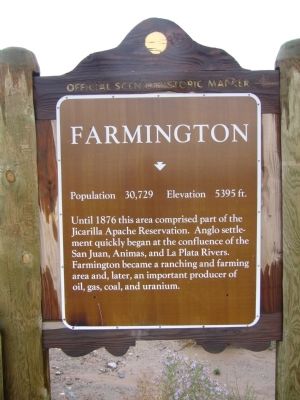 Until 1876 this area comprised part of the Jicarilla Apache Reservation. Anglo settlement quickly began at the confluence of the San Juan, Animas, and La Plata Rivers. Farmington became a ranching and farming area and, later, an important producer of oil, gas, coal, and uranium.

Topics. This historical marker is listed in this topic list: Notable Places. A significant historical year for this entry is 1876. 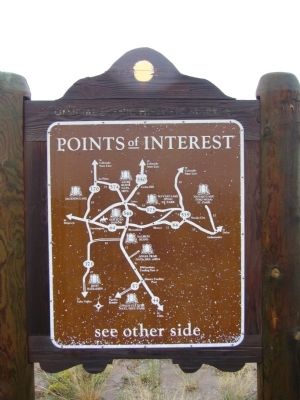 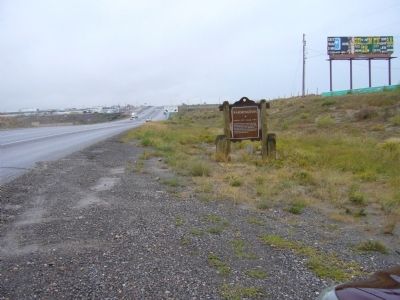