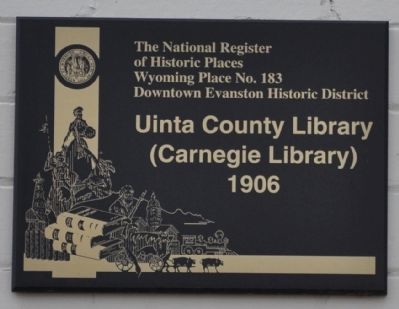 Topics and series. This historical marker is listed in these topic lists: Education • Notable Buildings. In addition, it is included in the Carnegie Libraries series list.

Other nearby markers. At least 8 other markers are within 2 miles of this marker, measured as the crow flies. Evanston Downtown Historic District (a few steps from this marker); Uinta County Courthouse (about 800 feet away, measured in a direct line); First Brick Church (approx. ¼ mile away); Evanston (approx. 0.6 miles away); Lincoln Highway — Sunset Cabins (approx. ¾ mile 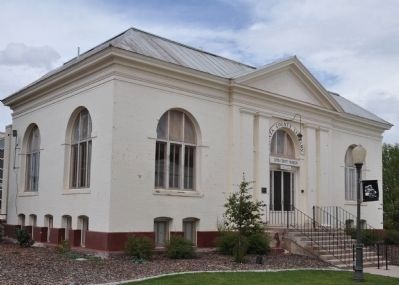 Regarding Uinta County Library (Carnegie Library) 1906. From the Uinta County Website:
"The Uinta County Museum is located in the historic Carnegie building, completed in 1906. A lovely example of Classical Revival architecture, the building was designed by New York architect Albert Randolph Ross (who also designed a Carnegie Library in Washington, D.C.). In 2008, an expansion of the building was completed. Designed by Jackson architect Kurt Dubbe, the new building echoes the historic features of the original structure." 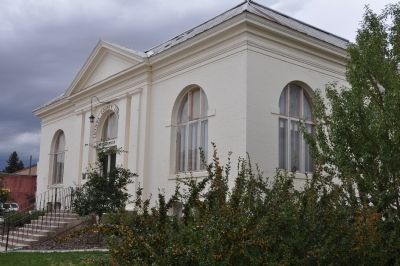 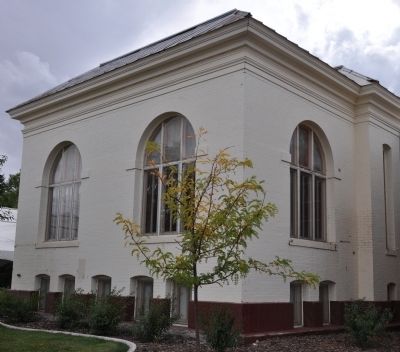