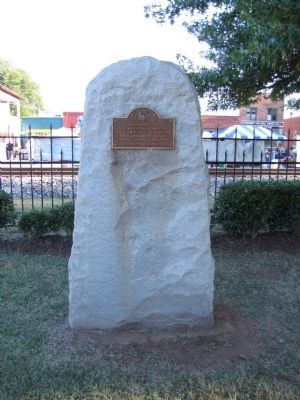 Dedicated to the men and women of the community of Madison who devotedly served their country in the wars.

Erected by The Madison Garden Club.

Topics. This historical marker is listed in these topic lists: Military • Patriots & Patriotism.

Location. 34° 41.629′ N, 86° 44.928′ W. Marker is in Madison, Alabama, in Madison County. Marker is on Front Street west of Church Street, on the left when traveling west. Marker is located near the Veterans Memorial Park close to the railroad tracks. Touch for map. Marker is in this post office area: Madison AL 35758, United States of America. Touch for directions. 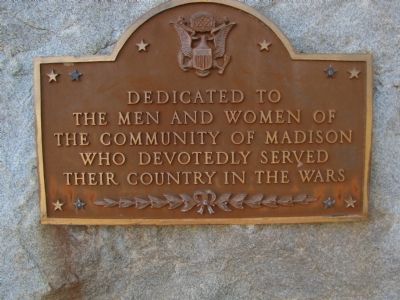 Click or scan to see
this page online
James Henry Bibb (approx. 0.7 miles away); Lee Mansion (approx. 2.6 miles away). Touch for a list and map of all markers in Madison. 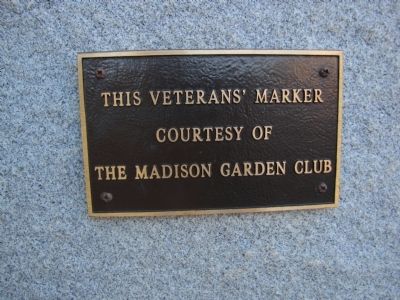 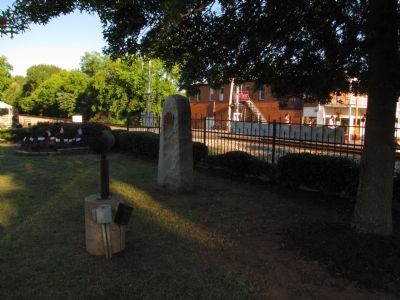